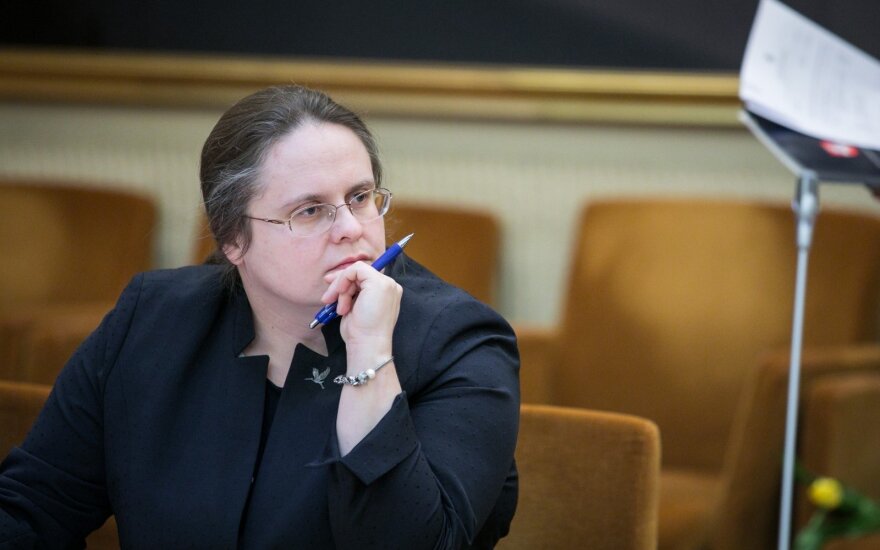 The chairwoman of the Seimas Committee on Legal Affairs also said the published emails show the president coordinated a candidate for prosecutor general with MG Baltic business group.

"A situation when a candidate is coordinated with business interest groups is unacceptable in a country with the rule of law and raises a lot of questions," Širinskienė told BNS Lithuania on Monday. "In this case, we have MG Baltic concern whose assistance was asked."

Related articles
President's email exchange with Masiulis: what do we know?
Responses to E. Masiulis and the president‘s correspondence: risking impeachment

In her words, the LVŽS political group in the parliament has not yet discussed a possibility of launching a parliamentary prove into the published information.

„We haven’t discussed that possibility yet in the group, but if colleagues raised that issue, we would, with no doubt, discuss it," Širinskienė said.

LVŽS leader Ramūnas Karbauskis says the letters, if proved authentic, would be scandalous as they would show attempts to influence the media to prevent it from doing something.

"There could be all sorts of evaluations, all sorts of action. I think some colleagues' statements on possible impeachment are not completely empty words in this situation," he told BNS Lithuania.

The LVŽS leader said he had never spoken with the president informally. Karbauskis says he sees no point in meeting with the head of state following this publication.

"I don’t really see the point in meeting with the president until it's proved the letters are not real," he said.

The Lietuvos Rytas daily reported earlier that Eligijus Masiulis, former leader of Lithuania's liberals, currently a suspect in a political corruption case, claims to have exchanged emails with the Lithuanian president in 2014-2016.

According to the daily, the emails included discussions on candidates for prosecutor general, circumstances of their appointment, incumbent Prime Minister Saulius Skvernelis' political ambitions to run for parliament with the Lithuanian Farmers and Greens Union, other political issues.

Based on the published extracts, the president and Masiulis exchanged emails and discussed candidates for prosecutor general. Grybauskaitė wrote that LNK TV channel's journalist Tomas Damkus "speaks nonsense" about Evaldas Pašilis and suggested "giving regards" to Darius Mockus, head of MG Baltic group that owns the TV channel, "to take his hound away".

The presidential office has refused to confirm or deny the authenticity of the published emails. The president's representatives say they are observing attempts to politicize the MG Baltic political corruption case.

Another judge disqualifies himself from MG Baltic political corruption case

Another judge of the Vilnius Regional Court has disqualified himself from hearing a major political...