President's adviser on OMON officers' acquittal: spirit of law should be put above word of law

Elta EN
aA
Lithuanian President Dalia Grybauskaitė does not comment on the ruling of Vilnius Regional Court which acquitted Soviet OMON officers Boleslav Makutynovich and Vladimir Razvodov. However, the president has said that the spirit of the law is more important than the letter of the law, said chief advisor to the president on legal affairs Rasa Svetikaitė. 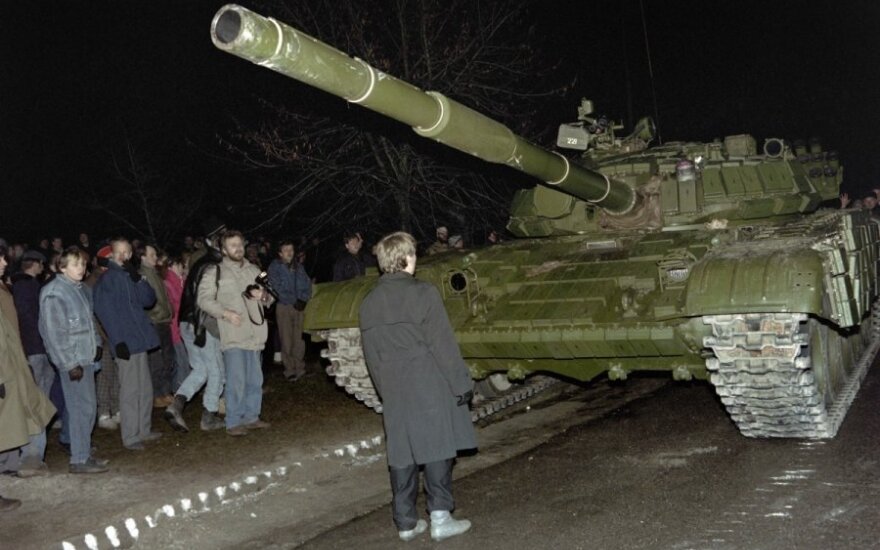 Last Thursday, Vilnius Regional Court acquitted two Soviet OMON officers who were tried in absence for crimes against humanity committed in Lithuania in 1991. The court ruled that the indictment did not meet the wording of the international humanitarian law and thus the actions of the defendants were not qualified as crimes against humanity.

"The president does not assess rulings of courts, especially as this was the ruling of the court of first instance and prosecutors said they would appeal. However, what is more important in this case is the approach towards the judgement and the work of the judge. The judge does not live in a separate society, he lives in the same society as other people do. And the spirit of the law is much more important than the letter of the law - how a person, the public perceives what is right or wrong. The spirit of the law is what raises or reduces confidence in courts," Svetikaitė told the radio Žinių Radijas.

The presidential adviser said that every citizen was entitled to opinions on court rulings.

According to the chief advisor, the president believes that there is no excuse for crimes committed against the Lithuanian people by Soviet special forces in 1991 and a statute of limitation should not apply to them.

The former OMON commanders were accused of war crimes and crimes against humanity committed in Lithuania in 1991 when 14 people were killed and over 1,000 civilians injured during an attempt by the Soviet army and special forces to take over the Vilnius TV Tower on January 13, 1991. Seven police and customs officers who guarded the border of Lithuania, then unrecognised by the Soviet Union, were killed at Medininkai border checkpoint in July of the same year.

Lithuanian prosecutors to appeal against acquittal of OMON officers

Lithuanian prosecutors have decided to appeal against the court ruling to clear former commanders of...

Vilnius court on Friday heard testimony of Tomas Šernas, the only survivor of the 1991 Medininkai...

Speaking at the 23rd anniversary of the Medininkai checkpoint massacre, Lithuanian President Dalia...