President's adviser: Cabinet might be approved without several ministers

BNS
aA
A new government in Lithuania might be approved without several ministers if they fail to form transparent teams, says Rasa Svetikaitė, the Lithuanian president's chief adviser on legal issues. 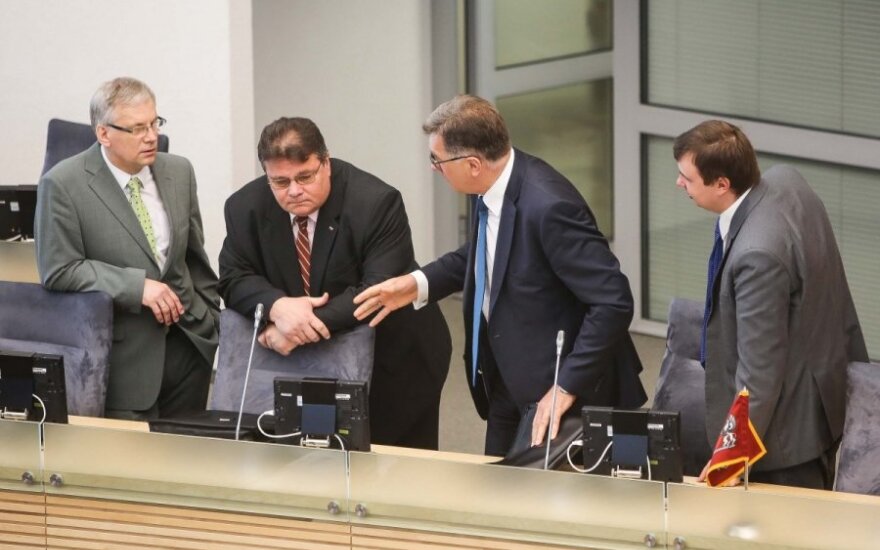 Under the Constitution, a new government must be approved no later than in 15 days following the appointment of the prime minister. President Dalia Grybauskaitė hopes the government formation to be finalized as early as this week before the end of parliament's spring session.

According to Svetikaitė, the president's main requirements for ministers and vice-ministers they appoint include transparency, honesty, decency and competence.

"These are requirements for not only ministers but also ministerial teams, especially vice-ministers of political and personal trust who help ministers to manage designated areas and have the mandate to make certain important decisions (...). If a person, due to their characteristics, capabilities, is not able to form a transparent and effective team, he or she should not be appointed minister," Svetikaitė said.

On Monday, the president signed a decree on submitting Social Democrat Algirdas Butkevičius' candidature for prime minister. Parliament is to vote on his appointment on Tuesday.

By Friday, all vice-ministers had stepped down voluntarily, except for Energy Vice-Minister Renata Cytacka of the Electoral Action of Poles in Lithuania, a Polish party which is part of the ruling coalition. Social Democratic Vice-Speaker of the Seimas Algirdas Sysas told the national television LRT on Monday that if Cytacka failed to resign by Tuesday night, Prime Minister Algirdas Butkevičius would not submit the candidature of incumbent Energy Minister Jaroslav Neverovič, also representing the EAPL, to the president for re-appointment.

EAPL leader Valdemar Tomaševski still could not say on Tuesday morning whether Cytacka was going to resign.

As her second term begins, President Dalia Grybauskaitė held a press conference on Monday, in which...

Leader of the Seimas Opposition Andrius Kubilius regrets that the Lithuanian Government has been...

Health Minister Vytenis Povilas Andriukaitis of the Social Democratic Party will remain in his post...

At the meeting of the Labour Party council on Saturday, 12 July, MP Virginija Baltraitienė was...

Lithuanian Deputy Energy Minister Renata Cytacka, a member of the Electoral Action of Poles in...