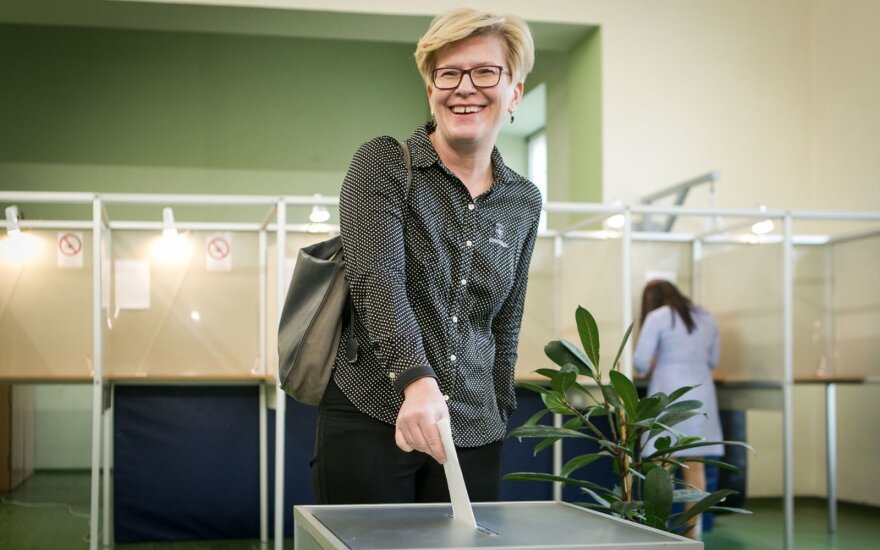 "As tactful and rather moderate, and perhaps even boring," Simonyte told journalists in Vilnius when asked how she would describe the election campaign.

"Many candidates apparently try to avoid giving their opinion on individual matters and discussions on many issues were very vague. Maybe that's OK, I can't say. Maybe this is what people need," she said after casting her ballot in the presidential runoff.

The 44-year-old lawmaker, who was nominated for the presidency by the conservative Homeland Union–Lithuanian Christian Democrats, said her first task as president would be to discuss the makeup of a new Cabinet with the next prime minister.

Prime Minister Saulius Skvernelis will have to return his powers after the newly-elected president is sworn in.

The candidate said she would go to Poland for her first foreign trip as president and would seek to breathe new life into the Baltic-Nordic cooperation.

Simonyte also cast her vote in the European Parliament elections.

The politician told reporters it was regretful that the elections had failed to attract much attention.

Simonyte is competing in the presidential runoff against Gitanas Nauseda, an economist standing as an independent.

Voter turnout in early voting and the first two hours of Sunday's voting reached 13.31 percent, slightly down from 13.47 percent in the first round two weeks ago.

Lithuanians made their choice: Nauseda to lead country for next five years (4) 710