President would not comment on whether Lithuanian interior minister should resign

BNS
aA
Lithuania's President Dalia Grybauskaitė has refused to comment on the suitability of Dailis Alfonsas Barakauskas to continue as interior minister. Meanwhile Prime Minister Algirdas Butkevičius has asked the minister to stay on until investigation into corruption at the ministry is concluded. 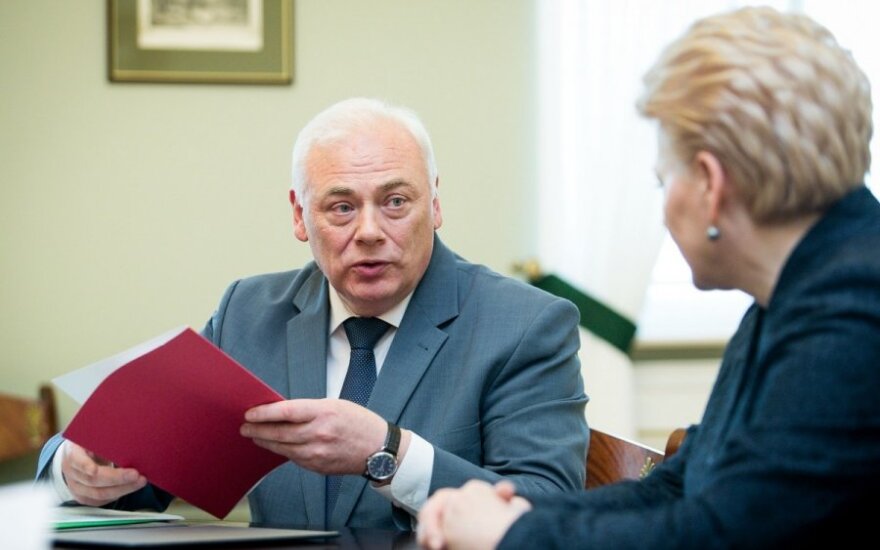 Barakauskas, of the Order and Justice party, came under fire after two former members of his team were detained amidst suspicions of high-scale corruption in public procurement procedures at the Ministry of Interior.

"Until the investigation is finished, the president will not comment on the suitability of Interior Minister Barakauskas to continue in the position, however, notes that good repute and transparency are among the key requirements for the government," reads a comment received by BNS from the President's Office.

After meeting with the interior minister earlier on Wednesday, Social Democratic Prime Minister Algirdas Butkevičius asked him to stay on, as the authorities have yet presented no evidence of his responsibility in any criminal offence at the Interior Ministry.

"Based on the initial available information from law-enforcement institutions about the accusations against the Interior Ministry's officials, there is no guilt of the interior minister, therefore, the head of the government asked Barakauskas to stay on until the investigation is concluded. After it is finished, the situation will be analyzed," the government said in a comment.

In an interview to BNS on Wednesday morning, Barakauskas said he had no intentions of resigning.

On Tuesday, the Prosecutor General's Office and the Special Investigation Service said they were conducting an investigation into large-scale transactions aimed at influencing several public procurement contracts at the Interior Ministry over the past years. Five people were detained. Officers carried out searches in homes and offices of the suspects, as well as the office of the Order and Justice party.

The parliamentary group of the conservative Homeland Union will initiate interpellation against...

Lithuania's interior minister says he will not resign

Lithuanian Parliamentary Speaker Loreta Graužinienė says she would resign, if she were in the...

Agents from Lithuania's Special Investigation Service (STT) on Tuesday searched the headquarters of...