BNS EN
aA
Lithuanian President Dalia Grybauskaitė says that it is not important for her whether or not the ruling coalition is stable and expects that the opposition will support the government's key reforms. 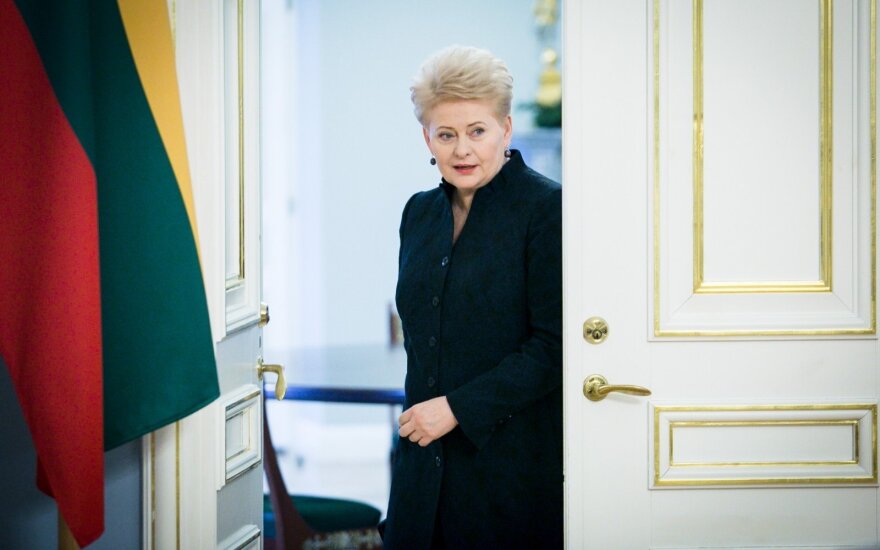 "It doesn't matter how stable or unstable the majority is. What's most important for me is that reforms are carried out and that the Seimas is capable of voting and adopting decisions," the president told reporters on Tuesday.

"We also have a sufficiently responsible opposition that I believe will help the government to adopt the necessary decisions, especially when it comes to reforms. So, I think there's not much room for blackmail," she said.

Grybauskaitė said that she did not wish a minority government scenario. She believes that there are a sufficient number of responsible politicians, both in the ruling parties and in the opposition, who understand the importance of key reforms.

Related articles
Government coalition continues work, SocDems to back state forests reform
SocDems say Farmers have to say if they need them in coalition

One of such reforms, the planned overhaul state forestry enterprises, has recently created tensions between the Lithuanian Farmers and Greens Union (LFGU) and the Lithuanian Social Democratic Party (LSDP).

"We need that reform and it is not so important if it is approved in the form it has been submitted to the Seimas or certain compromises will be sought," Grybauskaitė said.

The government's proposal to reform the management of state forests did not get a single vote from the Social Democrats during the first reading at the Seimas, but the bill cleared that stage thanks to support from opposition lawmakers from the Homeland Union–Lithuanian Christian Democrats and the Liberal Movement.

Lithuania's current governmen t coalition of the Lithuanian Farmers and Green s Union (LFGU) and the...