BNS
aA
Lithuanian President Gitanas Nauseda has expressed his trust in law enforcement and intelligence services and warned that the dissemination of unsubstantiated information might pose threat to statehood. 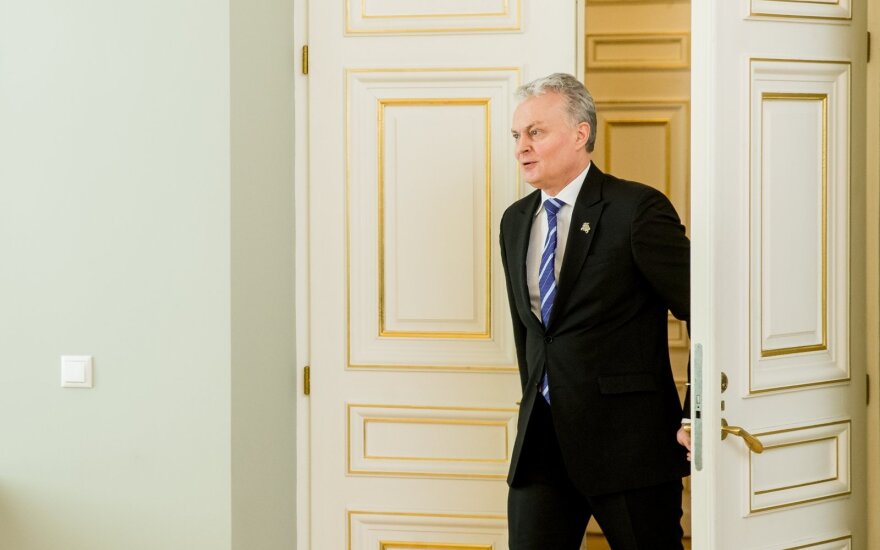 His comment came in response to reports about the State Security Department's activity on the eve of the presidential election.

"The president trusts all key state institutions. The president has no information that could make him doubt their reliability," presidential spokesman Antanas Bubnelis said in a comment sent to BNS.

In his words, these services play a key role in identifying activity of states hostile to Lithuania and protecting the country's life from their influence.

"In the president's opinion, the dissemination of unsubstantiated information should be viewed as an attempt to discredit key institutions. And the attempt to undermine public trust in them poses threat to the country's statehood," Bubnelis said.

In his words, the Special Investigation Service and the Prosecutor General's Office informed the president about their investigation into the information about the SSD, provided by the whistleblower, and presented its results. The law enforcement institutions believe that the investigation did not identify any crime.

The presidential spokesman also said the establishment of an intelligence ombudsman's office could be considered.

"Activity of the country's all key intelligence and special services is strictly regulated by laws and other legal acts. But it's really worth discussing additional safeguards for the regulation of such institutions' activity, for example, the establishment of an ombudsman's institution, and they would further build public trust in them," Bubnelis said.

BNS reported earlier in the day that a high-ranking intelligence officer informed representatives of the Seimas and law enforcement that tasked by the SSD leadership, intelligence collected information in 2018-2019 about people in the then presidential candidate Gitanas Nauseda's circle as well as diplomat Vygaudas Usackas.

The SSD states it did not collect or provide any information about the mentioned persons.