BNS EN
aA
Lithuania's President Dalia Grybauskaitė says she will support the proposals to allow non-Lithuanian characters of the Latin alphabet on the main page of personal documents, if a green light is received form the State Commission of the Lithuanian Language. 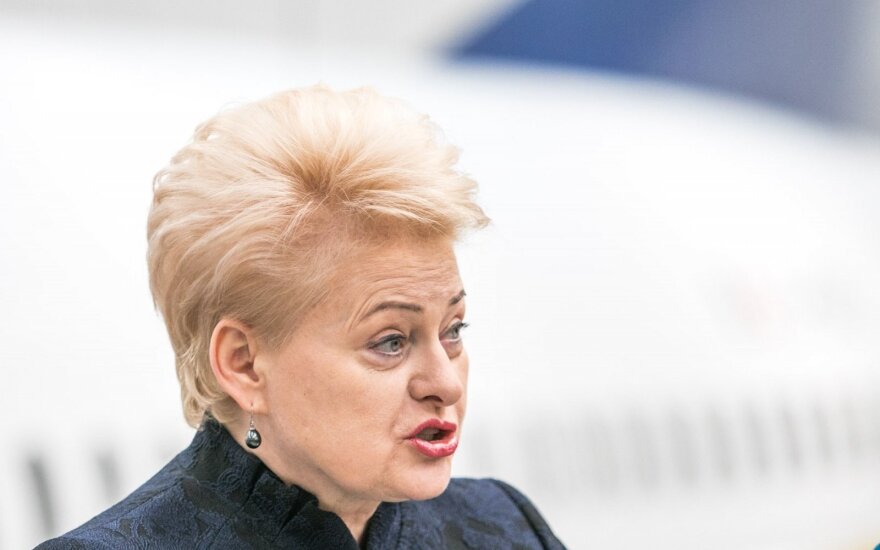 "Any law that has to do with this or attempts to solve the spelling (of names) of people of all nationalities in Lithuania, including Lithuanians, has to be specified by the commission of the Lithuanian language, and if the commission gives a go-ahead, I will give my support," Grybauskaite told journalists on Tuesday.

She spoke shortly after the bill on the spelling of first and last names in documents passed the first reading in the Seimas in a vote of 64 to 25 with 13 abstentions and will now be discussed at parliamentary committees. The bill is expected to return to the full parliament on Jun. 20.

The parliament also discussed an alternative version where the original names would be entered on an additional passport of the passport. The bill, which follows the Latvian example, was supported by 53 parliamentarians, 19 were against and 25 abstained.

The rulings do not satisfy the claims in full, as they only allow the Lithuanian version of first and last names on the main page of the passport, with the original names included among other entries. Those seeking to have the original spelling say their rights are being violated.

Lithuania's Constitutional Court ruled in 2014 that by setting the rules for spelling of first and last names in passports, the parliament should turn to language watchdogs for a "clearly-cut position, clear proposals the legislative body could not disregard."

By the warning of "exclusive rights" to local Poles in the annual assessment of national security...