President speaks out about collective responsibility after Saviečiai tragedy

LT Daily, media brief
aA
President Dalia Grybauskaitė said not only the state but society as well had to take care of children growing up in dysfunctional families after the tragic events in Saviečiai village in Kėdainiai district when a 36-year-old father killed his two children by throwing them into a well. 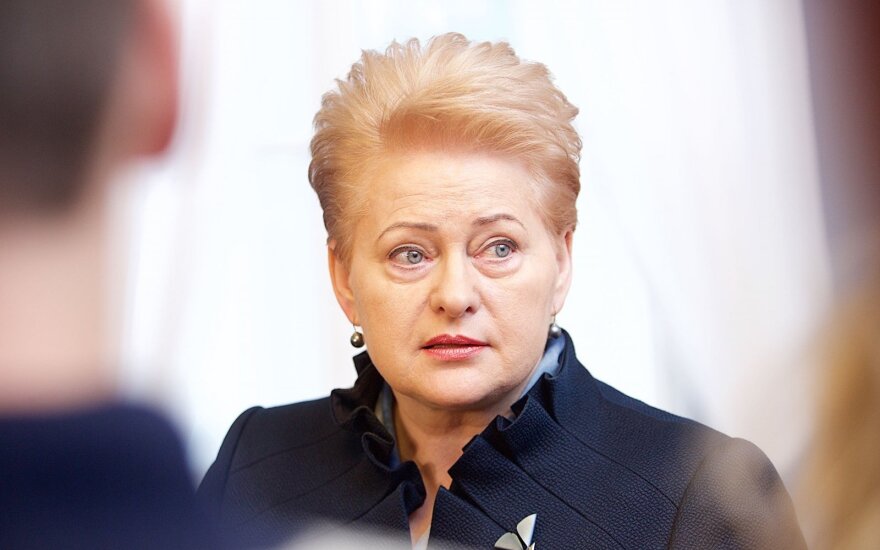 After a meeting with ministers and childrens‘ rights organizations' representatives, the president said that: “This is a challenge for the whole society and the state, which has to be considered a priority and dealt with funding, with the attention it deserves.”

“We see that the law on Fundamentals of Protection of the Rights of the Child got stuck in the parliament. It really is being thrown around the committees and is not being adopted on time. I would encourage the parliament to adopt this law during the parliamentary spring session so that we could protect our children by the highest standards,“ said Grybauskaitė.

The President also underlined shortcomings in the way government works with ministers lacking a methodology which would enable several ministries to jointly solve shortcomings that have led to tragedy a number of times.

She said a new social security agency should be established in the country which would connect the work of ministries, local governments and non-governmental organisations in order to prevent future tragedies.

However, Grybauskaitė stressed that in order to prevent such tragedies, responsibility must be taken not only by state authorities, but society as well.

She said the Ministry of Social Security and Labour had to foster cooperation between the municipalities, and collaborate with as many non-governmental organisations as possible working with at-risk families and in children's rights protection.

The President said the Ministry of Interior to draw up a map of families at risk so that it would be clear the regions in which most of these families are located, and which municipalities require more funding.

She said there should be two key focuses for the Ministry of Health - alcoholism prevention and treatment of mental illnesses.