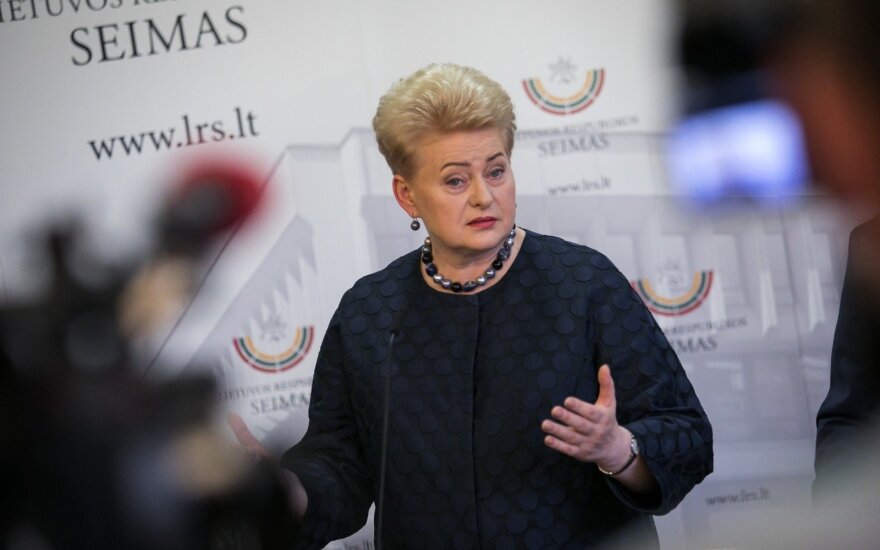 Her comment came in response to plans by MP Agnė Širinskienė, representing the ruling Lithuanian Farmers and Greens Union, to submit a bill on lowering the threshold for amending this constitutional chapter.

The lawmaker suggests allowing changing the Constitution's Chapter 1 if more than half of citizens but no fewer than two fifths of people eligible to vote voted for it in a referendum.

"Chapter 1 of the Constitution, I would like to remind you, defines the fundamental values which are the most important for the nation and state, including the language, the flag, the territorial integrity, the capital and the state's sovereignty," the head of state said, awarding winners of the constitutional exam.

"Therefore, it’s not only irresponsible but also very dangerous," she added. "Such people definitely did not take the constitutional exam and probably are not acquainted with the letter or, most importantly, with the spirit of the Constitution."

The proposal to lower the referendum threshold comes in preparation for a dual citizenship referendum set to be held on May 12 and May 26, alongside the first and second round of voting in the upcoming presidential election.

The Seimas of Lithuania on Thursday decided that a referendum on dual citizenship will be held in May...

The Lithuanian parliament on Friday amended a law to provide more time for organizing a referendum.

Lithuania's ruling parties propose to lower the referendum threshold for the entire Chapter 1 of the...