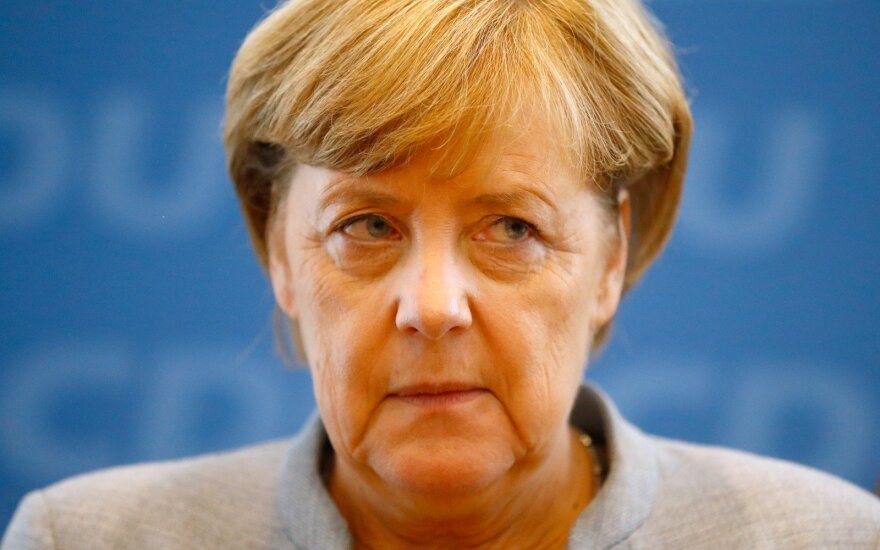 "Germany is our most important economic, political and security partner in Europe, and it will continue to be this," Grybauskaitė told Vilnius journalists on Monday.

Although the German conservatives triumphed in the Sunday's elections, the line-up of the government may change. Observers say the majority will probably be formed by the conservative, the green and the liberal parties, as the Social Democrats who finished second in the polls are skeptical about another coalition with the Merkel-led political force.

In the Lithuanian president's words, the composition of the German ruling coalition should not have a major effect on the pro-European and security policies.

"This is what matters the most to us," Grybauskaitė emphasized.

"From Germany we always expect stability, soundness and continuity, (…) preservation of democratic traditions and pro-European position. Germany has never let a single country or Europe down, this is what we expect now," she said.

Germany is the European Union's (EU) strongest economy and one of Lithuania's key trade partners. Lithuanian officials attach importance to securing Berlin support to financial aid in the EU budget to decommissioning of the Lithuanian Ignalina nuclear power plant after 2020, synchronization of electricity grids with Western Europe and the Rail Baltica railway project.

In the past few years, Lithuania and Germany have stepped up defense cooperation. Lithuania has been purchasing weaponry from Germany, while Germans led a NATO Enhanced Forward Presence battalion stationed in Lithuania.

Nevertheless, Vilnius has been criticizing the plans of expanding the Nord Stream gas pipeline between Russia and Germany on the bottom of the Baltic Sea, which would make Europe more dependent on Russian gas and undermine Ukraine as a transit country. Germany dismisses it as a purely economic project, which would facilitate lower gas prices.

Lithuania, Germany to sign agreement on 1918 independence act at a later date

The signing of an agreement on a temporary depositing of the original copy of Lithuania's 1918 Act of...

The foreign ministers of Lithuania and Denmark on Tuesday criticized the plans of expanding the...

The German National Day of Mourning was marked in the cemetery of German soldiers in Vingio Park in...