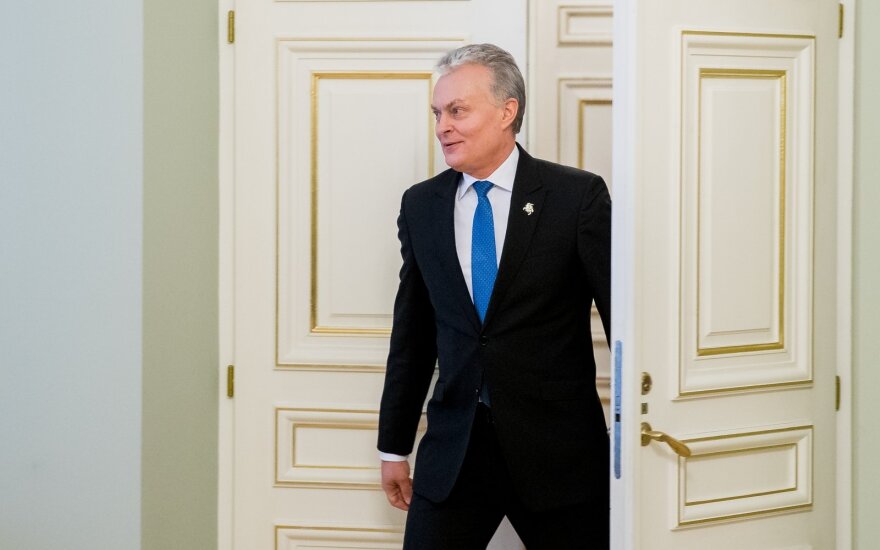 "Russia has lately been trying by all means to rewrite history. One of the examples is the denial of the Molotov-Ribbentrop Pact's secret protocols' impact on Europe's painful history," Nauseda posted on his Facebook account on Monday.

He reminded that 30 years ago, on Dec 24, 1989, the Congress of People's Deputies of the Soviet Union recognized the existence of the 1939 Molotov-Ribbentrop Pact's secret protocols and declared them void.

„These secret agreements between Nazi Germany and the communist Soviet Unions led to subsequent occupation of the Baltic states," the president wrote. "Historic memory determines the perception of the future. Let's not forget the lessons we must learn from our and European history. Let's not allow replacing the truth with sham signs of lies."

Speaking at an informal meeting of the CIS leaders in Saint Petersburg on Friday, Russian President Vladimir Putin criticized the resolution recently adopted by the European Parliament and blaming the Molotov-Ribbentrop Pact signed by the Soviet Union and the Nazis in 1939 for starting WWII.

The Russian leader said the Soviet Union had no choice but to sign the pact with Germany as Western countries ignored Moscow's proposal to forge a military alliance.

The Soviet Union was the last to sign a non-aggression pact with Hitler, Putin said.

He called the EP resolution part of an attempt by the West to diminish the Soviet Union's decisive role in securing a victory against Nazi Germany.

The German and Soviet foreign ministers signed the non-aggression treaty, the so-called Molotov-Ribbentrop Pact, and its secret protocols, on Aug 23, 1939, dividing between themselves the Baltic states and Poland into areas of influence on the eve of WWII. Soon after the past was signed, WWII broke out and Lithuania was occupied during it.