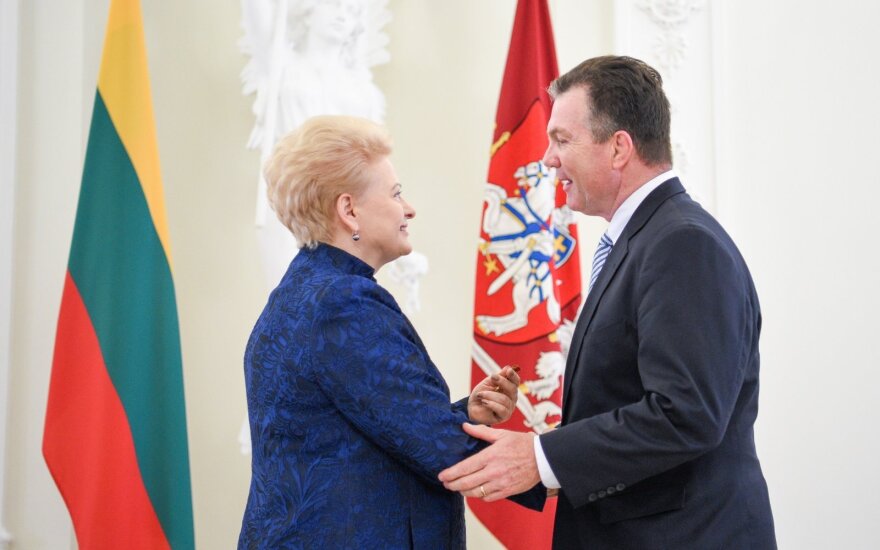 On the occasion of the State Day, the prosecutor general received a Grand Cross of Commander of the Order of the Lithuanian Grand Duke Gediminas for his "significant contribution to the implementation of justice and strengthening of the legal system in Lithuania", according to the presidential decree.

Bartkus was awarded for this "significant contribution to fighting corruption in Lithuania."

Meanwhile, Lithuania's former Seimas Speaker and long-standing MP Irena Degutiene received the highest awards among all the awardees, a Grand Cross of the Order of Vytautas the Great.

Raimundas Daubaras received a Grand Cross of Commander of the Order of the Lithuanian Grand Duke Gediminas for his civic initiative "National Anthem around the World."

Crosses of Commander of the Order for Merits to Lithuania were presented to Joseph F. Dunford, chairman of the Joint Chiefs of Staff of the United States, US Ambassador to Lithuania Anne Hall as well as Dominique Ristori, head of the European Commission's DG Energy and Transport.

It was the last time that Grybauskaite presented state awards on the occasion of the State Day. She will be replaced by economist GItanas Nauseda on Friday.

Sources: Grybauskaite was among candidates for EC president (3)

Lithuanian President Dalia Grybauskaite was considered among candidates for president of the...