BNS EN
aA
The eighth annual state of the nation by Lithuania's President Dalia Grybauskaitė precisely specified the faults of the ruling bloc and revealed the threats, say members of the parliamentary opposition. 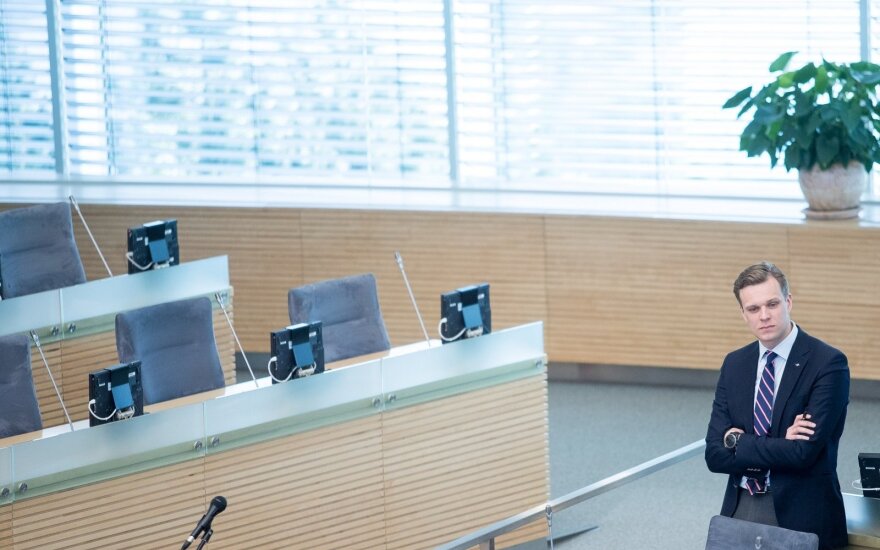 "The president said exactly what many are thinking – the emperor is naked. In this case, this means what we have been saying for the past six or fewer months – the reforms lacked preparation," Gabrielius Landsbergis, the leader of the opposition conservative Homeland Union – Lithuanian Christian Democrats, said after the speech on Thursday.

"I believe the president precisely underline the key problem, by which we measure the emotional state of Lithuania – emigration. Regardless of the fact that the people chose the administration they wanted, with a very strong mandate, they continue leaving. Clearly, their work cannot be seen. The imitation of work that is in progress does not contribute to a good atmosphere in Lithuania," said the conservatives' leader.

In his words, Prime Minister Saulius Skvernelis should assume the responsibility for the president's criticism, as it the leadership of the government's leader that is the most needed here.

Eugenijus Gentvilas, the elder of the opposition Liberal Movement, noted that the president this time pointed straight to the government's problems.

"The earlier prime minister (Algirdas) Butkevičius used to pretend he did not hear the criticism but today the president chose a different method – without reading between the lines, without hints, she went straight to the point of the problems of the ruling coalition. There are no more explanations that there was no criticism," he said.

The world clearly understands that key threats to transatlantic security in our region arise from...