BNS
aA
It still pays to defraud, steal and avoid taxes in Lithuania, the country's President Dalia Grybauskaitė said on Monday, commenting on the Court of Appeals verdict in the Labour Party's fraudulent bookkeeping case. 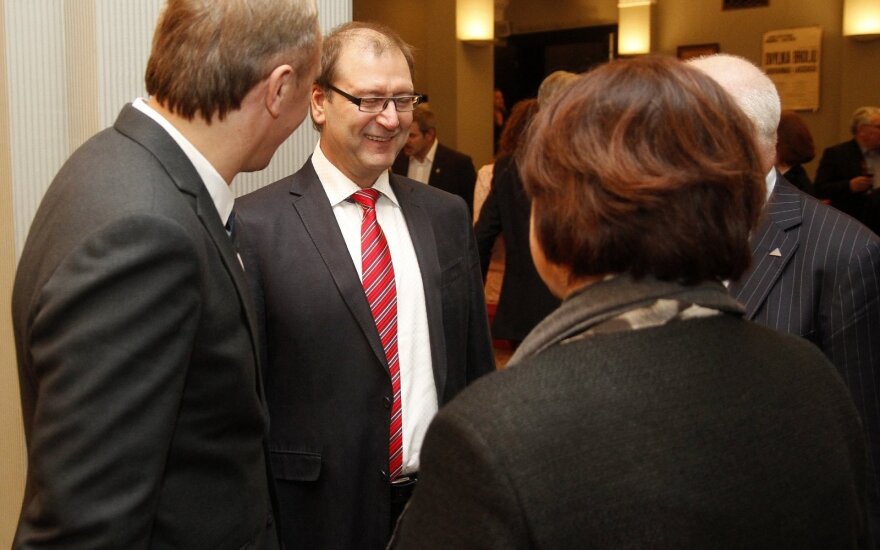 "Until the judicial process in the fraudulent bookkeeping case is not over, the president cannot comment on the court ruling. But distancing from the specific case, the president has underlined many times that the punishment system in Lithuania does not deter criminals and it still pays to defraud, steal and avoid taxes," the president's press service said in its response to BNS, adding that "the system must be changed".

Earlier in the day, Lithuania's Court of Appeals acquitted former leader of the Labour Party, MEP Viktor Uspaskich, of large-scale tax avoidance. He was given a fine of €6,800 for fraudulent bookkeeping.

Uspaskich himself said he regarded the court's ruling as acquittal.

"Compared to the court of first instances' verdict, I consider it as acquittal and I take my hat off to those judges who managed to withstand the pressure and provide hope for people, not only me, but all people that justice can prevail in Lithuania, despite pressure," Uspaskich told BNS on Monday.

The Court of Appeals' verdict overrules the previous sentenced, passed on July 12, 2013, by Vilnius Regional Court, which found Uspaskich guilty of fraud and fraudulent bookkeeping and sentenced him to four years in prison.

Prosecutor Saulius Verseckas of the Prosecutor General's Office had asked the court to sentence Uspaskich to six years in prison.

The Labour Party was charged with failing to include nearly €7 million in income and €6.6 million in spending in its books in the 2004-2006 period.

Court of Appeals to give verdict in Labour Party's fraud case

The Lithuanian Court of Appeals is to hand down a ruling in the Labour Party 's bookkeeping fraud...

Viktor Uspaskich , a Lithuanian member of the European Parliament and the founder of the Labour...

Prosecutor Saulius Verseckas of the Lithuanian Prosecutor General 's Office said at the Court of...