President: Olekas will be remembered as minister of "golden spoons"

BNS EN
aA
Lithuania's President Dalia Grybauskaitė has decided not to approve Defense Minister Juozas Olekas of the Social Democrats as caretaker health minister due to his discredited reputation in the story of "golden spoons." 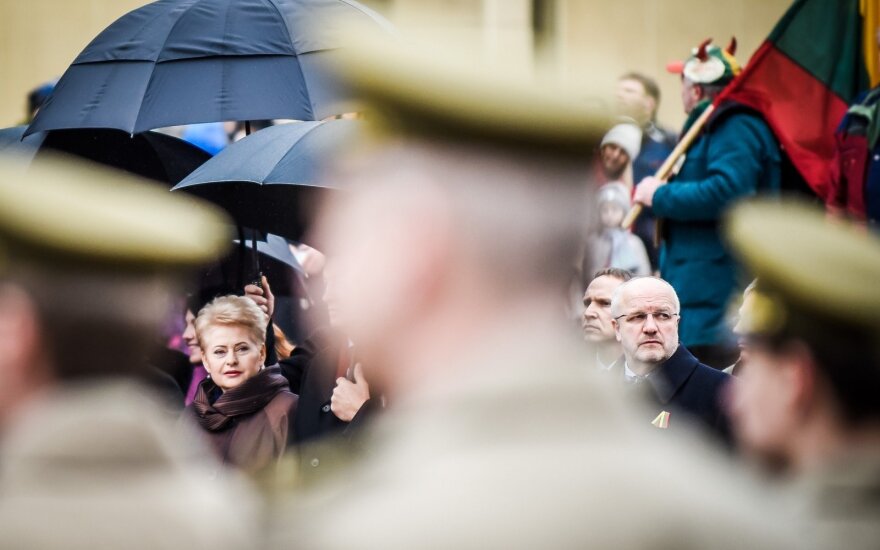 "I definitely cannot appoint discredited persons as ministers, even on temporary basis, and it is Mr. Olekas who will make history as the minister of golden spoons," Grybauskaitė told journalists during the launch of the Food Bank campaign in Vilnius on Monday.

Olekas has substituted for Health Minister Juras Požela since his hospitalization two months ago. Pozela died of pancreatitis in early hours of Sunday.

Prime Minister Algirdas Butkevičius said on Sunday that Olekas would probably be proposed as caretaker health minister, however, Grybauskaitė stated on Monday she would not approve his designation. Consequently, Butkevičus proposed Economy Minister Evaldas Gustas instead. The president told journalists she had not yet received the proposition and refused to comment on his suitability for the post.

Grybauskaitė has earlier called for Olekas' resignation from the post of defense minister amid the scandal surrounding the overpriced kitchen utensils. In late August, the Public Procurement Service announced that the Armed Forces bought various kitchen utensils from Nota Bene company at a price that was eight times above the market price.

Lithuania's law-enforcement is conducting a probe into suspected Nota Bene fraud, aiming to establish whether the enterprise sought to conceal the actual manufacture of the field kitchen equipment by replacing the trademark of the goods purchased in Lithuania with Karcher-Futuretech labels. An investigation is also conducted into suspicions of abuse of powers to identify the individuals in charge of the acquisitions in the defense system.

After the events, the opposition organized an interpellation against Olekas, which he survived.

Olekas denied all accusations, saying it was him who initiated investigations into purchases within the Armed Forces.

PM proposes Minister of Economy as caretaker of Ministry of Health

The so-called “golden fork” scandal has not yet settled, but it may very well be that Minister of...

The story of overpriced kitchen utensils has markedly pulled down the public confidence in Lithuania's...

Lithuanian Defence Minister Juozas Olekas must step down because of the scandal over the army's...