BNS
aA
Lithuania's President Dalia Grybauskaitė is Thursday leaving for the European Union's (EU) summit, which will discuss talks on the United Kingdom's exit from the organization and the bloc's plans for reforms. 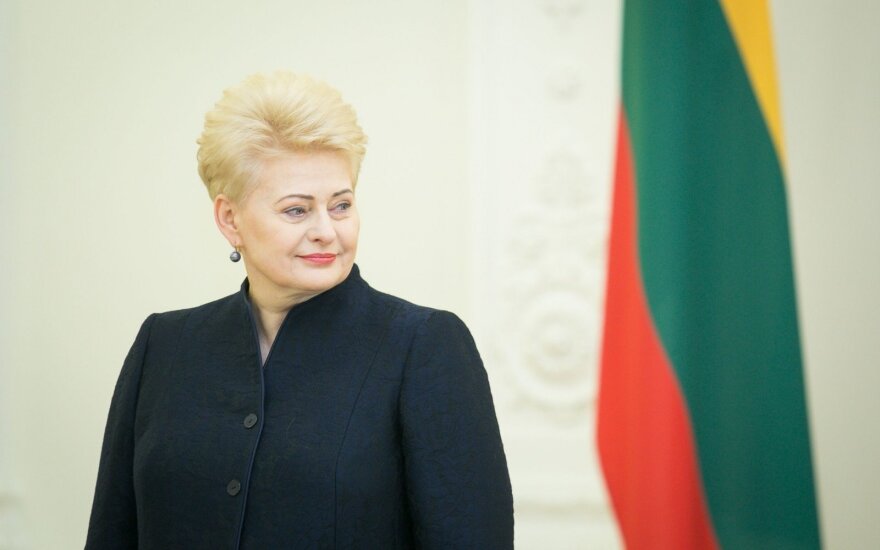 Diplomats say the discussions should focus on the transitional periods after Brexit and Britain's future financial contributions.

EU leaders should decide whether negotiators can already proceed to discussing trade relations with Britain, as the step can only be taken after securing sufficient progress in the talks on Brexit conditions.

In Grybauskaitė's words, the negotiations do not yet show the necessary progress.

"They are so far behind the schedule of negotiations, and we are not seeing progress. If there are certain steps, we will may be able to decide during the December council but this is definitely not something I expect now, quite the opposite – there is a lot of stalling, especially on the UK part," the president said in an interview broadcast on the national radio LRT on Thursday morning.

She added that progress can only be seen in the talks on the rights for migrants living in the United Kingdom.

"All other issues have stalled, therefore, it is indeed to early to move to the negotiations on future trade, trade agreements and other forms," said Grybauskaitė.

The presidential press service said the heads-of-state would also address migration challenges, relations with Turkey, EU security and defense policies along with response to cyber threats.

"We will talk about a livelier cooperation in the field of defense industry and faster response to international crises, how we can do this together in third countries. And, of course, knowing and seeing the challenges we face amid the Zapad drills, we should talk about facilitated movement of military equipment between countries of the European Union, also known as the so-called military Schengen. The issue became an urgency after the Zapad exercise," Grybauskaite said.

Ahead of the European Council meeting, the leaders of the Baltic and the Nordic countries are Thursday holding a coordination meeting, which will for the first time include the prime ministers of Ireland and the Netherlands.

Lithuania's president off to EU summit on economic inequality

Lithuania's President Dalia Grybauskaitė is Friday flying to Gothenburg, Sweden, for an European...