President of Iceland to pay visit to Lithuania 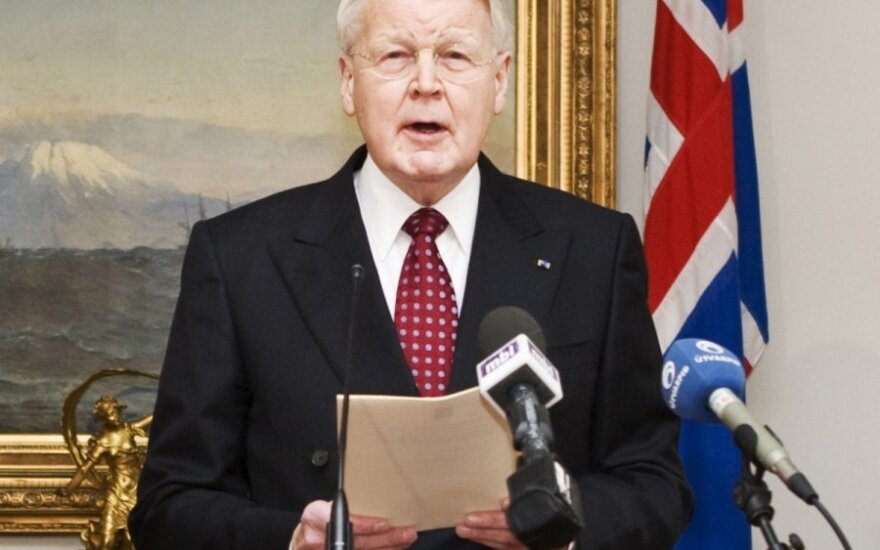 The official visit will begin with a meeting of the two presidents on Tuesday at the Presidential Palace in Vilnius. The presidents will discuss bilateral relations, cooperation in security and defense spheres.

The president of Iceland will attend festive events for the 25th anniversary of the restoration of Lithuania’s independence. The meeting will review Lithuanian-Icelandic cooperation within NATO and the implementation of decisions adopted at the Wales summit. The heads of state will also discuss the situation in Ukraine.

The Lithuanian and Icelandic presidents will exchange views on possibilities to step up bilateral economic cooperation. In 2014, Lithuanian exports to Iceland grew by more than 17 percent. Iceland’s direct investments in Lithuania amount to more than EUR 31 million.

Among the other points of discussion will be bilateral cultural relations. Lithuanian theatre and contemporary art are well known in Iceland, while Lithuania is well aware of Icelandic musicians, the Lithuanian Presidential Office said.

During his visit to Lithuania, the president of Iceland will be accompanied by his spouse Dorrit Moussaieff and Iceland’s Foreign Minister Gunnar Bragi Sveinsson.

Iceland was the first to recognize Lithuania's restored independence.