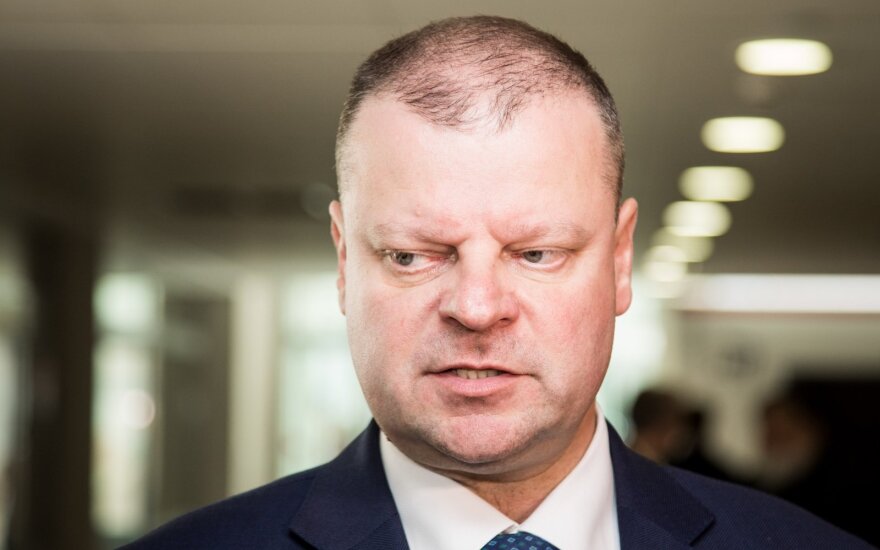 Under the presidential decree, the prime minister would be substituted by Energy Minister Zygimantas Vaiciunas during this period.

Representatives for the prime minister says he plans to do his regular job and take sick leave once needed.

"The presidential decree provides for a possibility to take sick love over that period of six weeks, if necessary. It doesn’t mean the prime minister will be on sick leave this whole period. As much as it is possible, he will definitely do his daily work," Arnoldas Pikzirnis, an advisor for the prime minister, told BNS Lithuania on Monday.

In his words, there will be separate announcement on the prime minister's sick leave in his agenda.

Earlier in the day, Skvernelis said Saulius Skvernelis said he would need to "continue treatment, therefore, I will be forced to also focus on necessary procedures from time to time over the upcoming months."

Skvernelis said he would try to continue working with the renewed team as close as possible but offered his apologies regarding invitations to various events as he would not be able to attend.

The prime minister did not provide any more detail about his health problems.

"The prime minister said as much as he said, and he will say more some day," Pikzinris said.

Lithuanian Prime Minister Saulius Skvernelis disclosed on Wednesday he has stage 1 lymphoma , a...