aA
President Dalia Grybauskaitė welcomed participants of the conference, organised by the Organisation for Security and Co-operation in Europe (OSCE) and the United Nations, on women's role in promoting international peace and security. 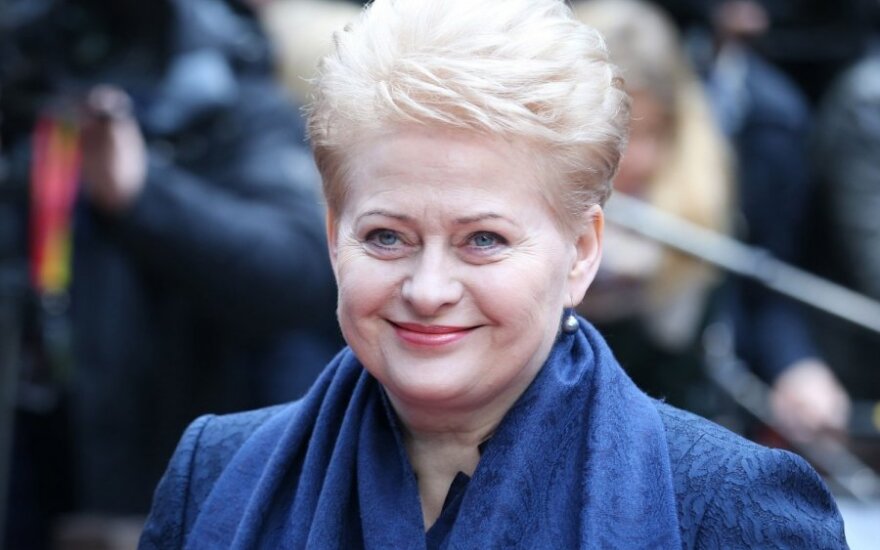 The president, who is also chair of the Council of Women World Leaders, has underlined that women's active participation in the resolution of armed conflicts is important for restoring peace and strengthening international security, the presidential press service said.

"Thousands of women face real threats to their security and life in ongoing military conflicts in the world. But they bravely struggle for the future of their families and society. Our responsibility is to help them by creating the environment in which they could be active fighters for peace," the president said.

The president also called attention to women's situation in Ukraine where continuous military aggression has forced over one million Ukrainians out of their homes. The majority of them are women. The situation is especially difficult in eastern Ukraine where more and more women experience violence.

Taking part in the conference held under the patronage of the Lithuanian president are over 70 experts from Lithuania and other OSCE member states. They are discussing the implementation of the United Nations Security Council Resolution No 1325 on women, peace and security. The resolution, adopted 15 years ago, has tasked the countries of the world with ensuring an active participation of women at decision-making levels in conflict resolution and peace processes.

Lithuania is among 50 states in the world to have and implement a National Action Plan on Women, Peace and Security. The country has increased the number of women experts on the field in international missions; we are training Afghan police women and successfully implementing numerous projects aimed to boost women's political and economic empowerment in Afghanistan and Eastern Partnership countries. Lithuania also actively speaks out for the protection of women's rights in the United Nations Security Council and other international organisations.

The conclusions of the conference taking place at the Presidential Palace of the Republic of Lithuania will be included in the UN high level review of the global implementation of the resolution.