President Grybauskaitė: We must put a stop to mistralisation of European politics

(1)
www.lrt.lt
aA
Europe is betraying its own values and trades security for profit, which allows Russia to effectively employ the "buy and rule" strategy, says Lithuanian President Dalia Grybauskaitė. 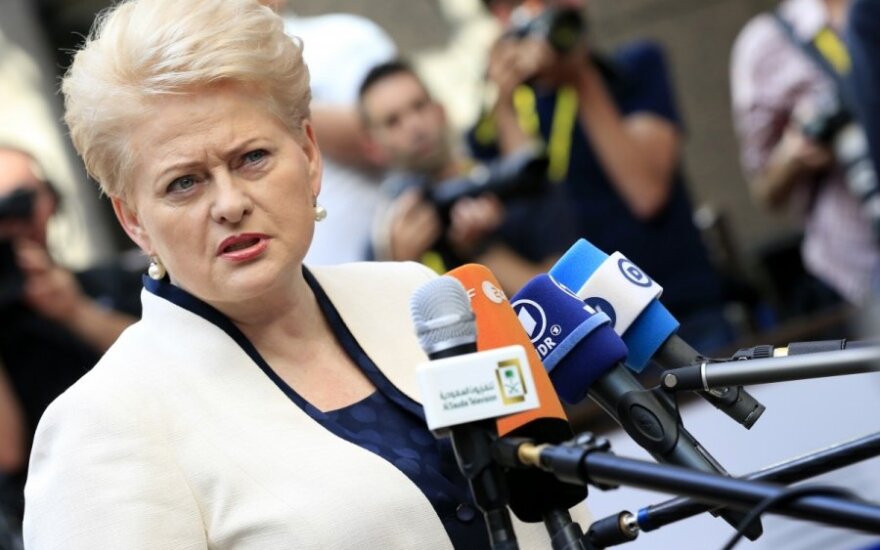 "We must put a stop to this. All European countries must realise that, in the wake of such brutality against a civilian aircraft, we, the Europeans, must stop the mistralisation of our policies," the president told Lithuanian national radio LRT before leaving for a summit of regional leaders in Warsaw.

According to Grybauskaitė, the summit of Baltic, Visegrad (Poland, Hungary, Slovakia and the Czech Republic), Romanian and Bulgarian leaders is meant to prepare for an upcoming NATO conference and harmonize the region's position on the recent events in Ukraine.

Is it a pre-planned summit, or is it happening in response to last week's downing of a civilian plane by pro-Russian rebels in Ukraine?

Indeed, it will be held in response to the geopolitical situation in Europe and around our region, since some of the Visegrad countries have borders with Ukraine.

We do not have borders with it, but we do border the postmodern aggressor, i.e., Russia, which does not only show aggression in Ukraine, but makes threats to the Baltic region and Poland. We see forays of military jets, submarine activity, various military exercises and deployment of heavy weaponry in Kaliningrad.

So the threat against us is very direct and it is necessary that, during the NATO summit this autumn, our defence plans are reviewed and adjusted.

Much of the NATO summit is likely to be dedicated to relations with Russia, which took a dramatic turn after the MH17 crash. Can we tell today how NATO-Russia relations will develop further?

I would not like to engage in speculation, since it has little basis right now. And it was definitely impossible, for people of sane mind, to predict what has happened and is happening right now. It's deplorable that there's a country in 21-century Europe that employs aggressive mixture of politics, neo-Nazi and Stalin-style methods against its neighbours. It goes without saying that such politics deserves a concerted response, unless we want the aggressor to go further.

What we have seen so far is the mistralisation of European policies - i.e., signs that values and security are trampled on for the sake of profits. The "buy and rule" principles are coming into play. We must put a stop to this. All European countries must realise that, in the wake of such brutality against a civilian aircraft, we, the Europeans, must stop the mistralisation of our policies. We used to call it Schröderisation. Today, we see (our allies) selling military equipment and technology to Russia. Under current circumstances, it cannot be tolerated.

You said the summit in Warsaw is meant for harmonizing positions. How varied are these positions?

Well, the further you go from the conflict zone, from Russia, the more cautious the governments are, because the threat is more removed.

Some (positions) rather depend on economic ties, trade, especially energy reliance on Russia. Certainly, these countries are less vocal about their position, because the threat is not direct.

But if European states continue to act as indecisively as they have until now, this could be interpreted as an invitation for the aggressor to step up its aggression.

Just like Nazism was not stopped in the 1930s, so we see now the advent of Great-Russia chauvinism, which translates into actions like shooting down a civilian plane. This constitutes direct aggression against the entire European Union, all European states, against humanity. Those who organized, who ordered and supplied weapons must stand before the Hague Tribunal.

The European Union 's (EU) delay in applying major sanctions against the environment of Russia 's...

The disaster of Malaysia Airlines jetliner is the consequence of Russia ’s undeclared war on...