(2)
Elta EN
aA
Lithuanian President Dalia Grybauskaitė said that the statement of head of Federal Customs Service of Russia Andrey Belyaninov, who said that Lithuanian vehicle inspection was made stricter because the country is used to import illegal embargo goods from the entire European Union, is an accusation on the EU as a whole. She also said that solutions will have to be found at the European level. 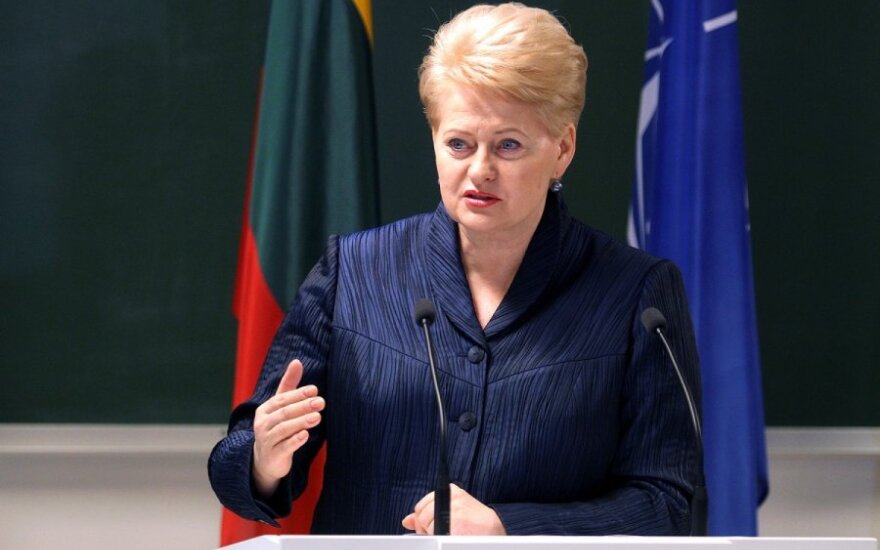 "Today, as far as I know, the Russian customs service said that European contraband was smuggled across the border of Lithuania. This means an accusation on the entire Europe. This also means that now it is a problem of the entire Europe and Europe will have to address it," the president said to reporters.

Grybauskaitė has also reminded that this is not the first time when Russia resorts to various restriction measures.

Lithuanian President Dalia Grybauskaitė on Tuesday called on the country's business sector to evaluate risks in Russia which she called an unpredictable country and unreliable economic partner.

Moscow imposed restrictions for Lithuanian vehicles for political reasons, Grybauskaitė said, and the European Union should take care of this problem.

"These are political problems arising from the fact that Russia is an aggressive and unpredictable country," the Lithuanian president told journalists in the western port of Klaipeda on Tuesday. "Our business sector needs to make serious evaluations because we know that Russia, at least for now, is an unreliable economic partner. Therefore, business needs to make decisions on whether to take the whole risk or try and diversify and look for new markets."