BNS
aA
Lithuanian President Dalia Grybauskaitė, who is leaving for the European Union (EU) Summit on Wednesday, says that the EU's new foreign policy chief should be neutral in conflicts and possess experience in foreign policy. 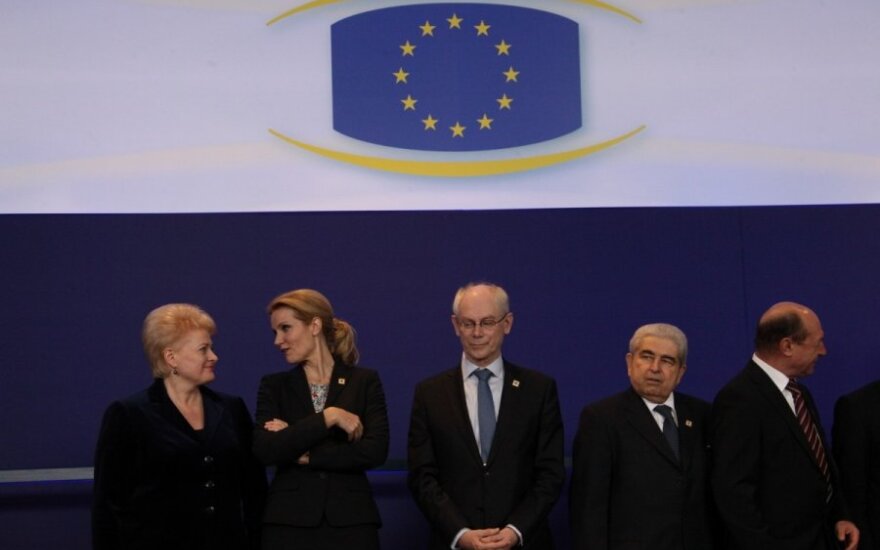 Speaking to Vilnius journalists before her trip, Grybauskaitė refused to comment on the candidacy of Italian Foreign Minister Federica Mogherini, which diplomats say has drawn critical reactions from the Baltic states and Poland.

"We never formulate our position towards any individual in such strong-worded manner, Lithuania has only said that the European Union has the following requirements for the future foreign policy candidate: first of all, neutrality, especially in connection to conflicts, a well-balanced position and experience in foreign policy," the president told journalists on Wednesday morning.

Diplomats say neighbours of Russia fear that the Italian minister, a member of the left-wing government who took over earlier this year, would be too favourable towards Russia. Moreover, Mogherini is criticized for her insufficient experience.

Another candidate for EU foreign policy chief is the humanitarian aid commissioner Kristalina Georgijeva of Bulgaria.

The dinner of the EU's leaders, where they intend to discuss heads of key EU institutions, is due to start in Brussels on Wednesday evening.

In a separate interview, Lithuania's President Dalia Grybauskaitė has warned that some candidates for the European Union's (EU) foreign policy chief support "openly pro-Kremlin" policies, which makes them fully unacceptable for the post in Lithuania's eyes.

In in the interview published on Wednesday, Grybauskaitė said it was extremely important for the three Baltic states and Poland to see a EU high representative who preserves neutrality in conflicts.

"We see that some nominees are openly stating their pro-Kremlin positions. Without doubt, such a candidate is entirely unacceptable for our group (...). We will try to protect the future post against individualistic approaches and, particularly, against pro-Kremlin politicians," the president said in an interview to Lithuania's national radio and television LRT.

Lithuania will not back Italian Foreign Minister Federica Mogherini's candidacy for the position of EU...

President Dalia Grybauskaitė is of the opinion that the head of foreign diplomacy of the European...