President Grybauskaitė: Lithuania must protect itself from "unfriendly investments"

BNS
aA
President Dalia Grybauskaitė said on Thursday that in order to protect Lithuanian from investments by unfriendly states, companies must be subjected to thorough scrutiny before they are allowed to invest in projects close to strategic facilities. 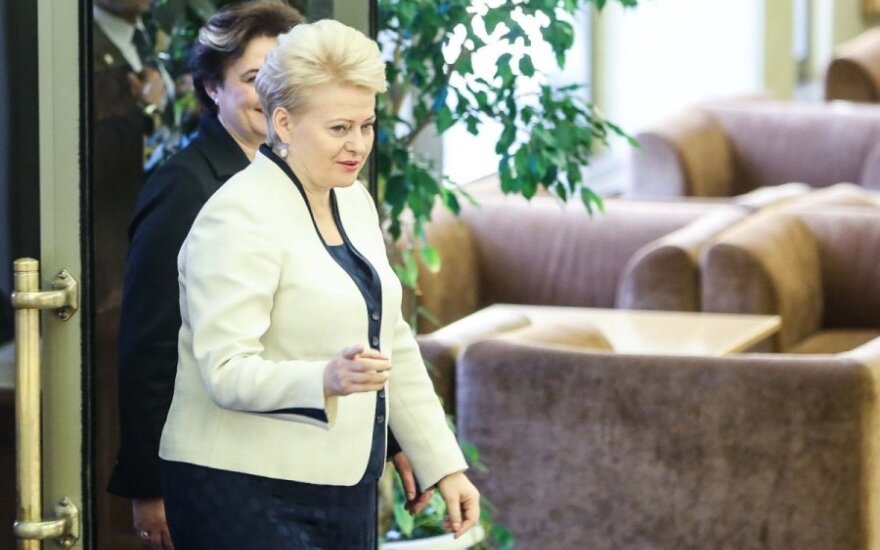 "We must protect Lithuania from such investments, although the state and all of us encourage investment in principle. However, with the change of the geopolitical situation, we have to be much more alert, much more cautious," she said on LRT Radio.

The president said that, in "a very strange coincidence", an investment based on "a financial scam" had been recently proposed near Šiauliai airport where NATO's air policing mission is based.

"No doubt, this made it necessary to propose amendments regarding investments in economic sectors of strategic importance to Lithuania. These threats may come both from financial scams and from, let's say, not entirely friendly investments, or with other objectives in mind," Grybauskaitė said.

"A similar situation may occur in Marijampolė. Also, another very strange piece of information that has emerged recently is that about an air gondola in Neringa, which is protected by UNESCO," she said.

The president said that the key sectors that Lithuania must protect include energy, transport infrastructure, telecommunications, high technology and finance.

The president-proposed amendments to the Law on Investments passed the first reading at the Seimas (parliament) last week. Grybauskaitė put forward the amendments after the local government of Šiauliai signed an agreement with Rail Skyway Systems, a company owned by residents of Moscow.

In response to public doubts about the investor's transparency, the city cancelled the deal under which Rail Skyway Systems was to be granted a lease on land near the NATO air force base in Zokniai.

The local government of Neringa is considering installing air "gondolas" over the most picturesque sites of the Curonian Spit.

President Grybauskaitė: Democracy must be able to defend itself

Lithuania at present finds itself in the middle of information and propaganda warfare, insists...

Šiauliai City Council on Thursday decided to cancel a controversial agreement on an investment...

An agreement between the local government of Šiauliai and a company that wants to invest in a project...