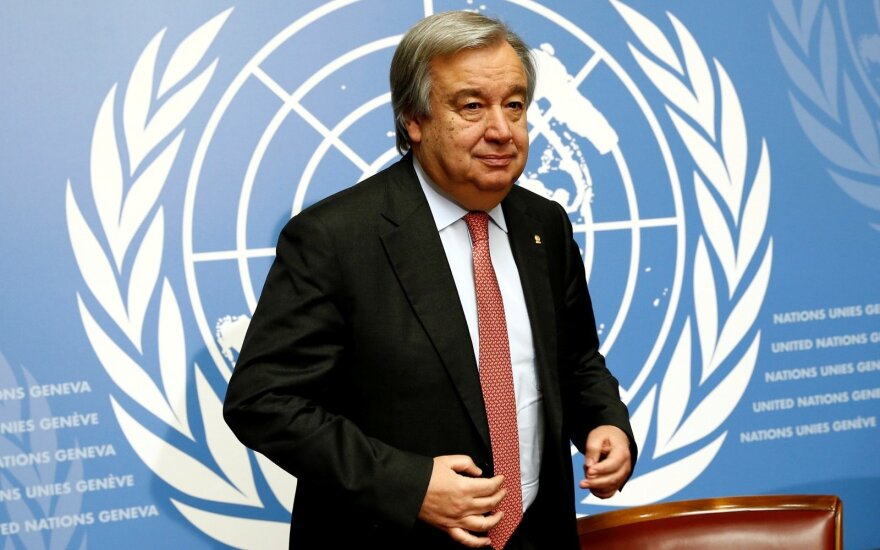 The Lithuanian leader notified the UN chief "about Russia's actions at the Lithuanian border, the regional security situation and the threats posed by the aggressive Zapad drills to the people worldwide," the presidential press service said on Monday.

"In the president's opinion, it is very important to provide world leaders and heads of international organizations with objective first-hand information on what is going on in our region. The president is the only leader of the countries faced with Zapad treats to have an opportunity to present the situation directly to the UN leader during the assembly," reads the press release.

In Grybauskaite's words, simulation of a conflict with NATO countries, concealed scale and scenario of the exercise, locations of troops and tactical weapons, non-conventional actions are a sign of aggressive and offensive character of Zapad.

"The capabilities of nuclear weapons, artillery and missiles accumulated in (the Russian region of) Kaliningrad can reach as far as Lisbon," said the President's Office, referring to Guterres' home country of Portugal.

The Lithuanian president emphasized the need for the world to learn the lessons of Crimea, Transnistria, South Ossetia and Abkhazia and not turn a blind eye on aggressive actions. In her words, the UN response to violations of international law has been insufficient in the past years, which means that the organization is no longer fulfilling its mission.

Grybauskaite also invited Guterres to attend events of the 100-year anniversary of restored independence next year.

Lithuania's president off to New York for UN summit

President Dalia Grybauskaite on Sunday left for New York to attend a session of the United...

Russia's leadership is unable to curb its hatred towards the Western world, President Dalia...