President Grybauskaitė: benefits for refugees should not be increased

www.lrt.lt
aA
Refugees should not get bigger benefits than people who have worked in Lithuania for 30 or 40 years, President of Lithuania Dalia Grybauskaitė told LRT Radijas radio. According to the president, Lithuania has already designated considerable benefits compared to other countries. 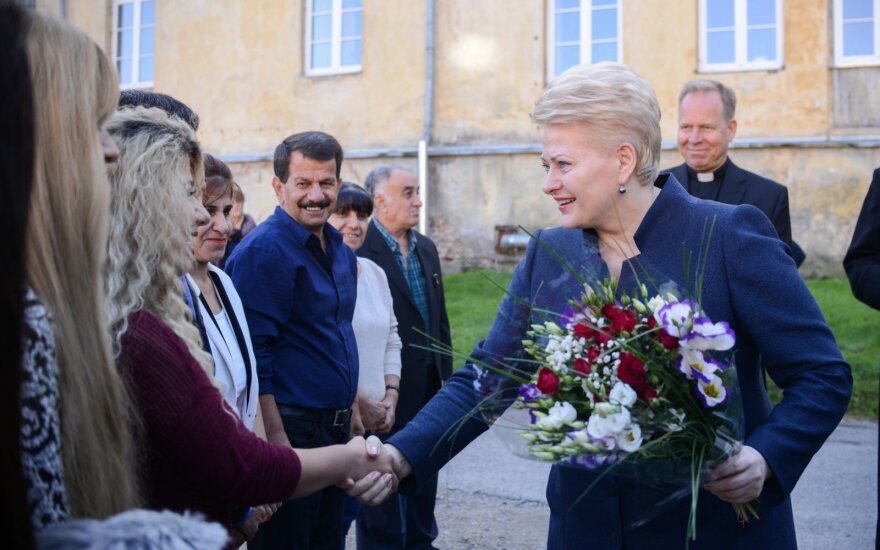 Grybauskaitė said that “we agreed to accept those refugees, which had to be accepted according to international, European and Lithuanian obligations. Our objective is to integrate those people into Lithuania, its life and its labour market as soon as possible.” The president used integration processes in Belgium and France as examples, where refugees are paid huge benefits but live off of their benefits in ghettos without being incorporated into the labour market. There is a risk that refugees in ghettos could become radicalised and pose a threat to Lithuanian society.

The second reason for which the benefits cannot become too large, according to the president, is because the refugees should not be paid more than Lithuanian people who have worked for 30 or 40 years and earned their pensions. The president regretted that the average Lithuanian pension is still small, at 247 Euros, but said that Lithuania cannot pay 300 or 400 Euros to refugees when the country's pensioners face a far more complicated situation.

Grybauskaitė said, “The planned payment is currently 204 Euros, which is 83 percent of the average pension. In Latvia, it only accounts for about 40 percent, and in Estonia - only 38 percent. Even in Germany <...> the payment accounts for 55 percent of the average pension in Germany. Lithuania already stands out for paying more in comparison to Latvia, Poland and Estonia. We cannot increase the absolute sums because it would be unfair to the Lithuanian people.” 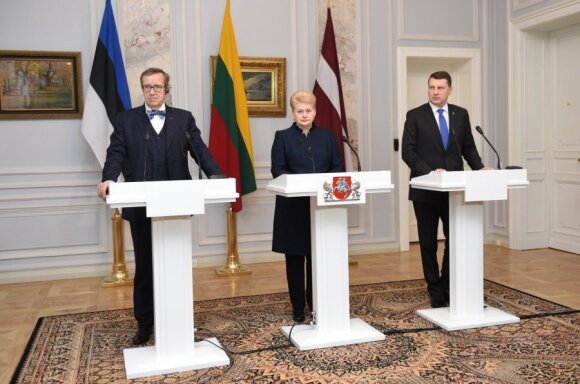 The third reason for which the benefits should not be increased, according to the president, is because individuals in municipalities and elsewhere may be looking to earn from the refugees' benefits. “They would try to argue that the allowance should be increased, and then charge the refugees higher prices for housing to 'squeeze' more money out of them,” said Grybauskaitė. The president said that the tendency to think about money rather than how to help people is really very unfortunate, so it is important for the government to coordinate a responsible integration process and to work with municipalities, non-governmental organisations and our society so that the refugees would not be taken advantage of.

The president said, “It is our duty to help people and to act responsibly. It is necessary to know that, first of all, a good standard of living and welfare needs to be ensured for our own people. There can be no privileged people who would receive higher benefits than Lithuanian people who have worked for 30 or 40 years in Lithuania. These are the main arguments.”

First refugee family to come to Lithuania next week (2)

The list of potential asylum seekers to be resettled in Lithuania was longer, but after security tests...

During its sitting on Monday, the Political Council of the ruling majority has agreed that Lithuania...