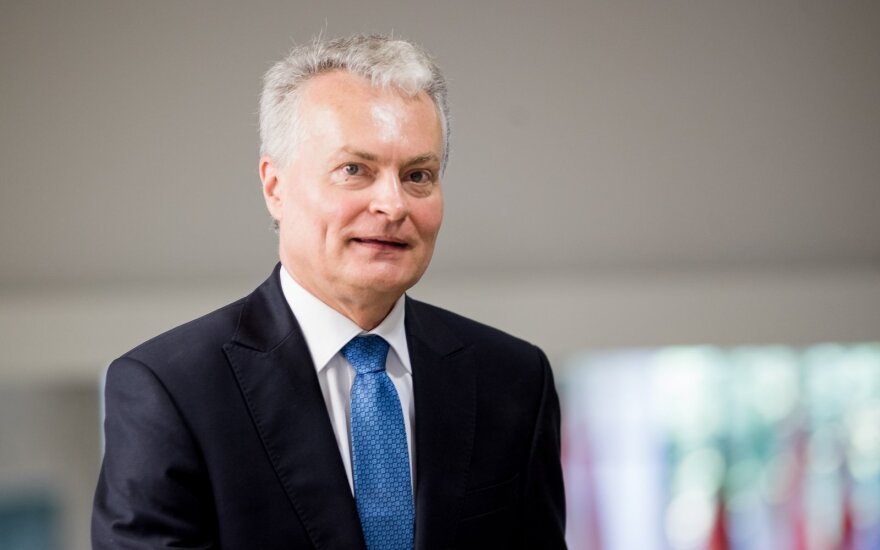 In his opinion, the Lithuanian Farmers and Greens Union could resolve this issue other ways, for example, by giving their partner, the Social Democratic Party of Lithuania, other posts.

"There's an element of certain political pressure. I could definitely agree with that as the problem could be resolved some other way, amending the coalition agreement for that party with the appetite for the Seimas speaker's portfolio to be offered, for example, a ministerial portfolio or two perhaps," Nauseda said in an interview with the Lietuvos Rytas TV channel's program "Lietuva Tiesiogiai" (Lithuania Live), aired on Monday.

"There are also certain signs of ambition from the leaders of certain parties, who say it will be the way we agreed and no other way," he added.

Under a memorandum signed by several Lithuanian parties building a new ruling coalition, the SDLP gets the parliament speaker's position. But Pranckietis has refused to resign, and LFGU leader Ramunas Karbausis has acknowledged a lack of votes in the parliament to remove him.

The memorandum also states that Prime Minister Saulius Skvernelis remains in his position.

Coalition talks are now being held by the LFGU, the SDLP, the Order and Justice party and the Electoral Action of Poles in Lithuania – Christian Families Alliance.

There are four millionaires among Lithuanian lawmakers and they include Ramunas Karbauskis , leader...

Representatives of four parties in Lithuania, holding negotiations on a future ruling coalition ,...