BNS
aA
Lithuanian President-elect Gitanas Nauseda has on Wednesday introduced his team, announcing that Alge Budryte, who led his presidential election campaign headquarters, will be in charge of his chancellery. 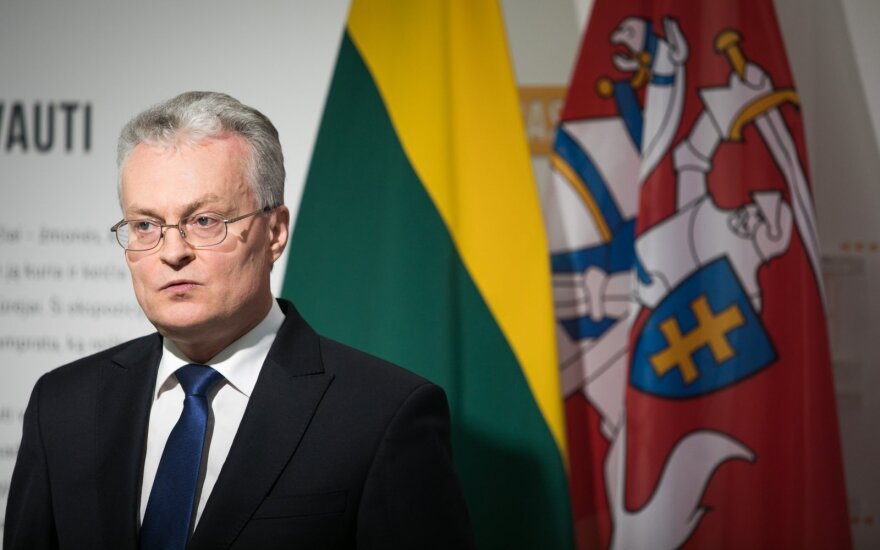 And Ieva Rucinskaite, who has worked at the Ministry of Agriculture so far and also helped during the election campaign, will be in charge of the president's cabinet.

Budryte previously worked for International Fintech and Swedbank, and was also a deputy director of the 15min.lt news website.

Moreover, Simonas Krepsta, director of the Central Bank of Lithuania's Financial Stability Department, will also join his team, Nauseda said, and he will lead the economic and social policy group. Krepsta has worked at the Bank of Lithuanian since December 2008.

Povilas Maciulis, a former vice mayor of Kaunas, Lithuania's second-largest city, will be in charge of the internal policy group. He used to be a close ally of Kaunas Mayor Visvaldas Matijosaitis and a member of his "United Kaunas" public election committee but left his positions when he decided to support diplomat Vygaudas Usackas running for president. After the latter lost, Maciulis joined Nauseda's team.

Former Energy Minister Jaroslav Neverovic will lead the environment and infrastructure group. He was delegated by the Electoral Action of Poles in Lithuania for energy minister in 2012-2014. So far, he has worked in the private business sector lately.

Jurate Soviene, a deputy chairman of the country's Competition Council, will lead the legal group. She was dismissed from her current position on Wednesday, in response to her request.

The presidential communication group will be led by Aistis Zabarauskas who was also in charge of communication during Nauseda' election campaign. He worked as a journalist at the National radio and Television of Lithuania in 1996-2004 and was a project director at PR agency Integrity PR in 2004-2018.

The elected president plans to name the head of the national security group in late July. He has not had yet picked a person to lead the education, science and culture group.

"This group is very important as we stressed the importance of culture and education during the election campaign. This is why we have been considering candidates so carefully and responsibly and thus have not made the final decision yet," Nauseda said.

The decision will be made shortly, he added.

According to the elected president, the communication and legal groups have been almost fully formed, just as the other groups.

"We can say a team as such already exists today," Nauseda said.