BNS
aA
It's too soon to speak about the make-up of a future government in the absence of a coalition agreement, Lithuania's President-elect Gitanas Nauseda says. 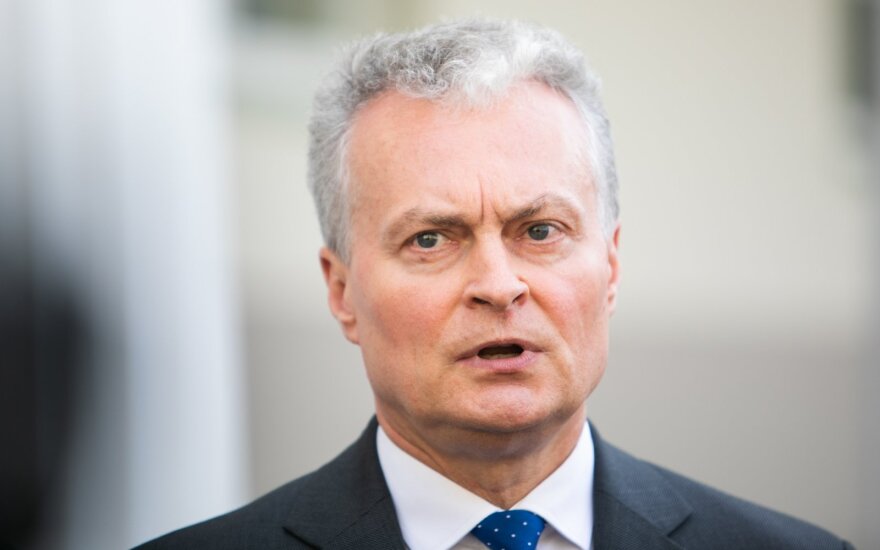 He met with Prime Minister Saulius Skvernelis on Friday and said they discussed the internal situation in the parliament and plans to form a new government.

"Today, it's hard to say how that government will look like as the situation has to stabilize, and questions on its make-up have to be answered, as well as on the coalition agreement,. Therefore, obviously, it's too soon to speak about any specific names and specific ministerial candidates," Nauseda told journalists in Simonas Daukantas Square outside the Presidential Palace.

The president-elect said he plans to actively participate in the formation of a new government and candidate selection.

"In my opinion, a very difficult period is ahead when we’ll need dedicated and state-serving ministers, therefore, the president's role here will be very important," he said.

Nauseda did not answer journalists' questions. His future spokesman Aistis Zabarauskas told journalists it will be done on Tuesday after the political situation becomes clearer.

The president-elect said he and the prime minister also discussed "upcoming new appointments" that are also important for the order and stability in the state.

He also placed special importance on the 2020 budget.

"The speed of economic growth, unfortunately, to put it mildly, is not stepping up. Therefore, we will need to stick to financial stability requirements. On the other hand, we also need to keep those promises that were made, including reducing social exclusion and creating a welfare state. I have definitely not forgotten all those issues, I have them all in mind and they will be all discussed and coordinated with the government so that they can be implemented as soon as possible and as effectively as possible," Nauseda said.

Skvernelis and Nauseda's meeting came a day after the ruling Lithuanian Farmers and Greens Union, the Social Democratic Labor Party of Lithuania and the Order and Justice party signed a memorandum on a ruling coalition. It states that Skvernelis remains prime minister but the position of the Seimas speaker, now filled by the LFGU's Viktoras Prackietis, will be given to the SDLP, Pranckietis, however, has already said he would not resign.

Nauseda will be inaugurated on July 12. Under the Constitution, following the election of a new president, the government returns its powers to the new head of state.

Lithuanian President-elect Gitanas Nauseda believes that Saulius Skvernelis should stay on as...