BNS
aA
Claims that Lithuanian President Dalia Grybauskaitė in 2015 discussed candidates for the job of prosecutor general with MG Baltic, one of the country's biggest business groups, are untrue and mislead the public, a presidential advisor said on Monday. 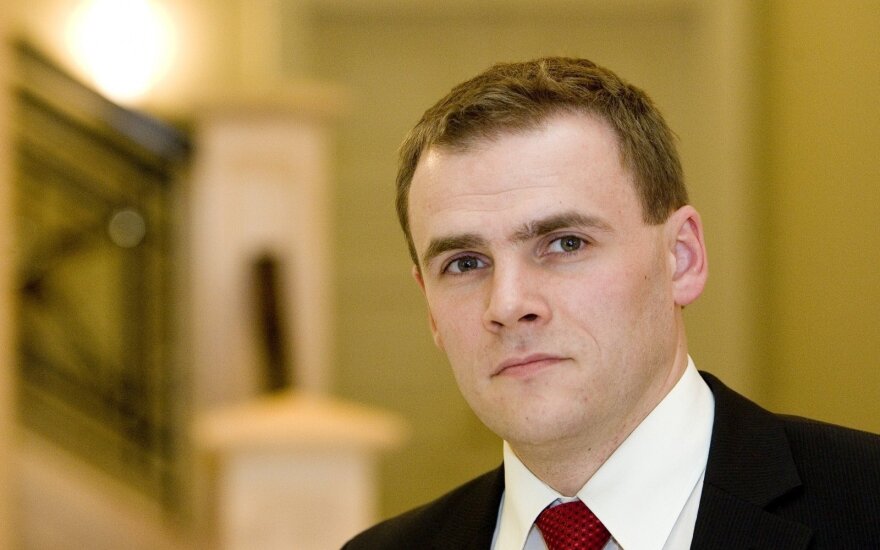 Mindaugas Lingė said that the process of appointing the next prosecutor general in 2015 had stalled for half a year because "artificial barriers were placed in the Seimas before strong candidates proposed by the president".

According to the advisor, the parliament turned down the candidatures of two professional lawmakers for the post, without providing any arguments. The president then called on the Seimas to hold an open vote on the matter, but lawmakers instead suggested amending the procedure for appointing the prosecutor general.

"This proposal was regarded by law experts as unconstitutional and putting direct pressure on the president. When the appointment stalled, the issue of the leadership of the prosecutor's office was discussed with the Seimas board, political groups in the parliament, prominent lawyers and the prosecutors' trade union," Lingė told reporters.

"No candidatures were discussed with any other interest groups," he added.

Following intensive consultations, Evaldas Pašilis, who was then president of a district court in Ukmergė, a town in central Lithuania, was in late December appointed as prosecutor general with 106 members of the 141-strong Seimas voting in favor, the advisor said.

"With (Pašilis) as prosecutor general, several high-profile political corruption cases were completed and forwarded to court, including a case in which the MG Baltic Group is charged with bribing political parties and influence peddling," Lingė said.

"The principled prosecutor general and prosecutors investigating the case are a target again," he added.