BNS
aA
President Dalia Grybauskaitė criticized on Monday the Seimas for setting up a special commission for parliamentary scrutiny of Lithuanian Radio and Television (LRT), saying that the public broadcaster's financial activities could be probed by the National Audit Office or the Public Procurement Office. 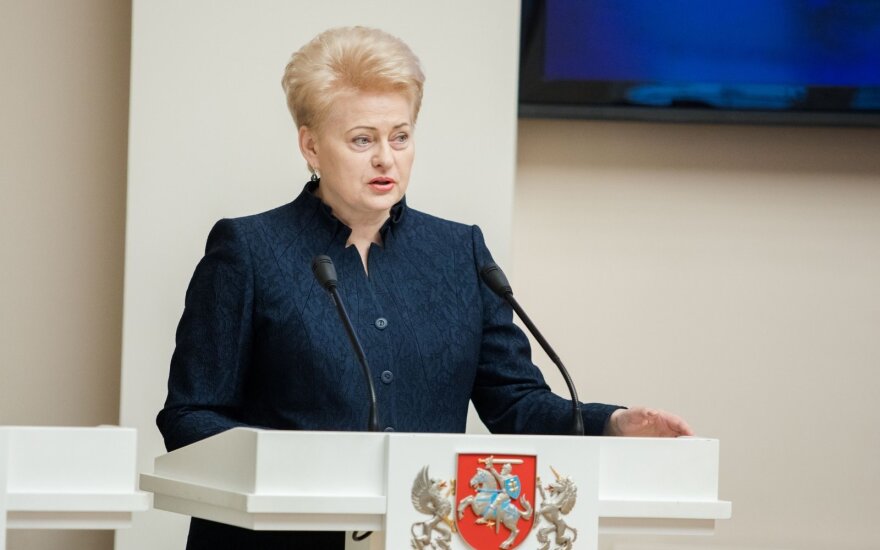 The president noted that the Seimas commission might not comply with the constitutional doctrine.

"If there is some uncertainty or questions about LRT's financial activities, then, according to our administrative law and (other) legislation, it (an audit) has to be carried out by the relevant authorities," Grybauskaitė told reporters in Siauliai.

"The establishment of any special commission always causes suspicion that it might be an inadequate instrument that looks more like a crackdown than a real and genuine desire to investigate the transparency or lack of transparency of one or another organization," she said.

The president called on LRT "not to be afraid" and "to provide all the necessary information in a transparent manner" and urged the Seimas "to stay within the constitutional framework for such investigation commissions".

Members of the Seimas say that the commission will help to find out if LRT properly spends budget money. They note that the LRT Council failed to provide all the information requested by lawmakers, citing confidentiality clauses in its contracts as the reason, and that the answers it did give require detailed analysis.

Critics describe the establishment of the commission as an effort to put pressure on the media and take revenge on journalists asking the ruling Lithuanian Farmers and Greens Union uncomfortable questions.

Lithuania's parliament on Friday decided to conduct a parliamentary scrutiny of the economic,...