BNS
aA
Lithuanian President Dalia Grybauskaitė does not deny having had email exchanges with Eligijus Masiulis, a former Liberal Movement leader suspected in a political corruption case, but says that she cannot confirm the authenticity of letters published in the media. 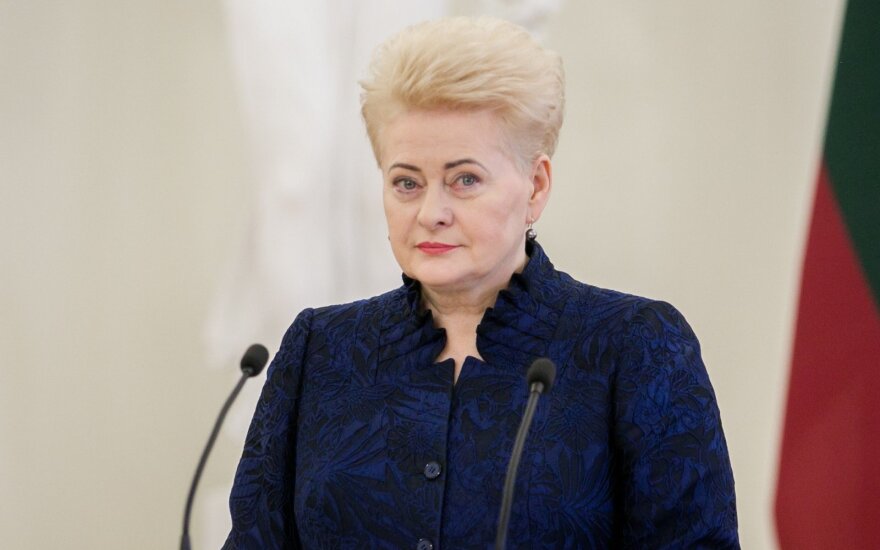 "I can't confirm the authenticity. Because we checked the servers and everything: we didn't save them. That's one thing. Another thing is that even if the text were similar (to the authentic one) -- and it may be similar in places, because it's a fact that there have been and there will be letter exchanges between politicians and myself and I'll explain a little later why," Grybauskaitė said in an interview with LRT TV aired on Wednesday.

"I can't confirm merely because any text and my comments can be used in the case," she added.

The president commented on her alleged emails with Masiulis published recently by the daily Lietuvos Rytas.

Grybauskaitė says that she was not surprised at this information being made public at a time when the "historic" corruption case went to court, adding that the defense is bound to use various means.

"I'm not surprised that such things are starting to appear in the press. And the goal apparently is to pit politicians against each other, to take revenge, and at the same time politicize the case. This has been done (in the past) by other oligarchs and companies (in) the Snoras case (and) the Labor Party case. We have many other cases, including (that of) Order and Justice," Grybauskaitė said.

"The defense resorts to any means. And this proves once again that this is a serious case and their behavior is desperate," she added.

The president says that she has a direct duty to communicate with lawmakers "on both laws and reforms and on individual appointments".

"Because there are many appointments jointly (by the president and the parliament), including judges, the Competition Council, prosecutors and STT (Special Investigation Service). Thus, joint work is necessary, and I communicated with all three Seimas I had to work with and that communication took various forms, including emails, SMS messages, phones and meetings," she said.

Based on the extracts of emails published by Lietuvos Rytas, the president and the then Liberal leader discussed candidates for prosecutor general. Grybauskaitė allegedly wrote that LNK TV channel's journalist Tomas Dapkus "speaks nonsense" about Evaldas Pašilis and suggested "giving regards" to Darius Mockus, president of MG Baltic that owns the TV channel, telling him "to take his hound away".

Grybauskaitė admits that she sought support from politicians for candidatures for the prosecutor general's job.

"I looked for support from everyone: I met with the Seimas board, I even met with lawyers, we even had meetings with prosecutors' trade unions. In fact, very broad consultations took place," she said.

"And we had reasonable suspicions that one interest group was intervening in the appointment of prosecutor general with the hands of a journalist. So, there could have been a situation where I spoke more sharply and wrote more sharply. I'm not ruling this out."

Grybauskaitė said that she has "always supported investigative journalists, those who defend human rights -- this is the foundation of the state".

"Unfortunately, there are journalists who become instruments or representatives of interest groups, who become lobbyists and so on. I can't regard those who cross the boundaries of professional ethics (as journalists)."

The president dismissed as untrue allegations that she had discussed candidates for prosecutor general with MG Baltic, one of the country's biggest business groups.