BNS EN
aA
Lithuania's President Dalia Grybauskaitė says that common grounds are still found with the new ruling majority, adding that the Peasants and Green Union does not only work hard to keep its election promises but is also capable of hearing criticism and other opinions. 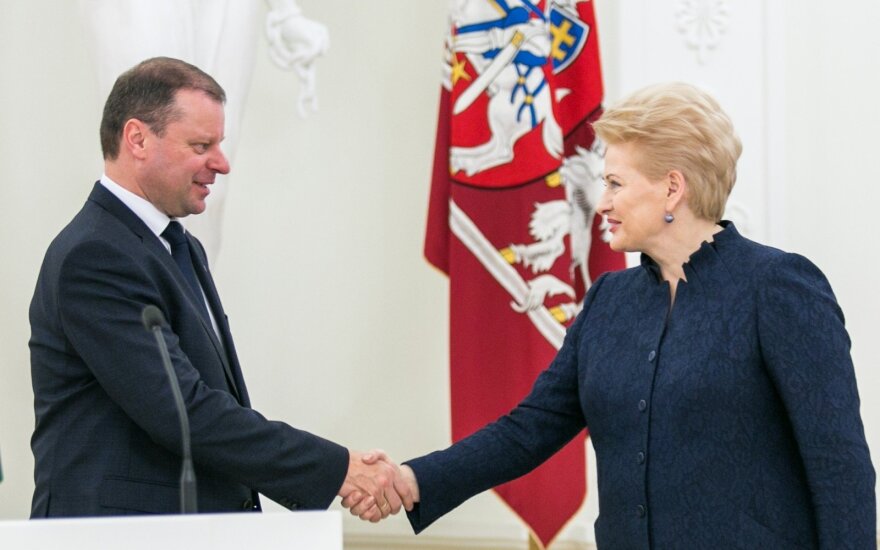 "I am happy that we are finding common grounds with the new ruling majority so far. The confrontation that we had with the majority that came in 2012 is gone. Therefore, the harmonization of ministerial candidates went better, as well as the appointment of vice-ministers," the president told Rusradio radio station on Friday.

In her words, state institutions should therefore be more successful in settling all strategic issues.

Grybauskaitė said LPGU is striving to keep the promises made before the October elections.

"I am glad that the new budget has a bigger focus on the social sector, with more than 1 billion (euros) intended for the social area alone, therefore, the way the money will be spent is very important. Pensions are being raised by an average of about 20 euros starting this month, and this will continue, the tax exempt minimum will continue growing, etc. The promises made by the Peasant and Green Union before the elections are being kept," the president said.

After the October general elections, the ruling majority was formed by LPGU that won the highest number of mandates and the Social Democratic Party that finished third. The country's 17th government consists mainly of non-affiliated ministers and is headed by Saulius Skvernelis, former interior minister and police chief who is also not a member of any political force.

SocDems – there are efforts to antagonise the coalition partners

Publications which keep appearing in the media have been trying to create antagonism between the...

Some SocDems snap – coalition with “Peasants” needs to be reviewed