BNS
aA
Any crisis is a great opportunity to take a big step forward, Lithuanian President Gitanas Nauseda said on Thursday as he marked the centenary of the Constituent Seimas, or Constituent Assembly.
Sekite svarbiausias naujienas socialiniuose tinkluose! 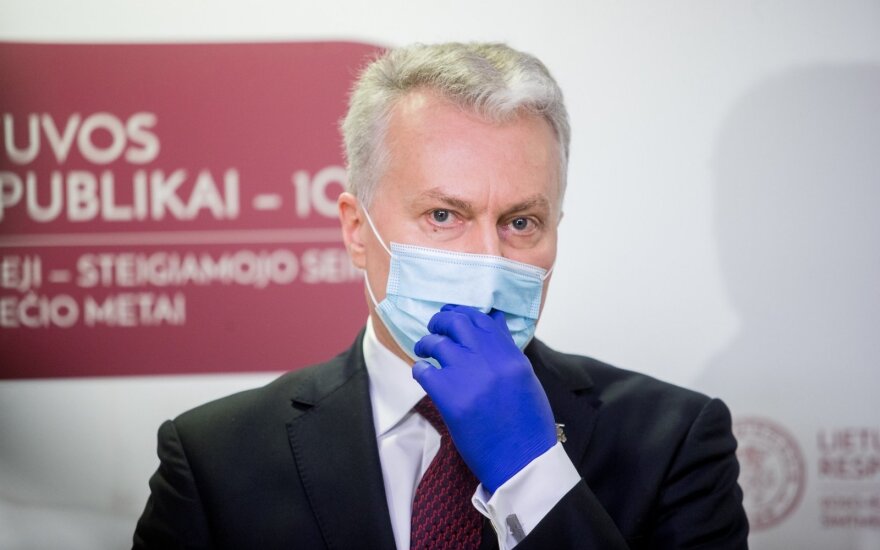 "As we search for preconditions for a new qualitative leap forward of the state, we can and must draw inspiration from the members of the Constituent Seimas. Instead of wallowing in disagreements, let's look for solutions that Lithuania needs," Nauseda said at a special sitting held in the Seimas on the occasion.

"In moments of uncertainty and doubt, let's rely more often on stories of how a new, qualitatively more advanced order was molded out of the chaos of the First World War and independence fights," the president said.

"Let it be a reminder to us that any crisis is a great opportunity to take a big step forward," he added.

In his speech before the parliament, the president also said that "a hundred years ago, committing to democracy meant taking a bold position", and noted an active involvement of women and national minorities in the work of the assembly.

Related articles
Sapoka: economic recovery in Lithuania to be more rapid than in rest EU
President moves for direct subsidies to firms of up to 9 employees

The assembly adopted the Constitution in August 1922 and resigned later that year.

Lithuania's economic recovery after the coronavirus crisis will be more rapid than in other European...