President: 1st round of elections shows public is tired of scandals

BNS EN
aA
The first round of Lithuania's parliamentary elections has shown that the public is tired of scandal-ridden political parties, President Dalia Grybauskaitė said on Thursday. 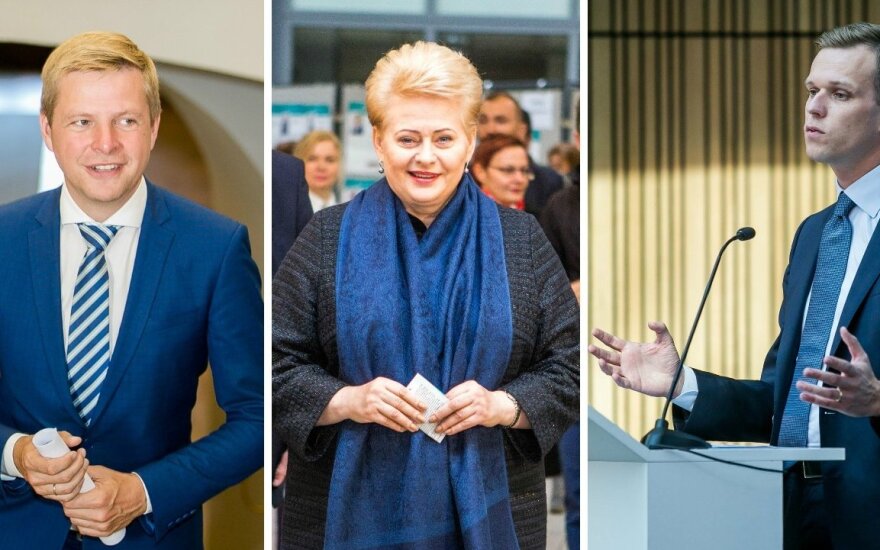 "The first round showed that the makeup of the Seimas will change significantly and that the majority of the ruling coalition partners will not get into the Seimas or will be simply replaced," she said in an interview broadcast by LRT Radio in the morning.

As many as 54 members of the current parliament were not re-elected on Sunday, which "probably is a record and a very significant change in the Seimas", Grybauskaitė noted.

"And the leaders of the parties that lost and discredited themselves announced their resignation one after another. Two parties that have not been in government for the past four years enjoy the highest level of public trust. This means that people are tired of politicians and political parties rocked by scandals. Certainly, this also means that voters want changes," the president said.

Related articles
ELECTIONS. Reflecting on an LSDP – 'Peasants' partnership
ELECTIONS. Who will win the 2nd round and form the coalition government?

In Grybauskaitė's words, currently she has no right to discuss possible options for the next ruling coalition as this will be decided by voters in the second round of elections later this month.

The preliminary results show the conservative Homeland Union – Lithuanian Christian Democrats (TS-LKD) in a narrow lead over the Peasant and Green Union after the first round of the parliamentary elections.

The conservatives won 20 seats with 21.66 percent of the national vote, followed closely with the Peasant and Green Union in second place with 21.55 percent and 19 mandates.

The ruling Social Democrats trail in third place with 14.43 percent of the vote and 13 seats.

Three candidates won an outright majority of votes in the first round in single-member constituencies. The remaining 68 seats will be decided in run-off elections on October 23.

Order and Justice party results in Seimas'elections in doubt

Suspicions of vote-buying in Šilutė, in western Lithuania, may call into question the Order and...

With less than two weeks remaining to the second round of Seimas elections , a number of candidates...