DELFI
aA
Seimas Speaker Viktoras Pranckietis says that criticism toward him is usually based on ignorance. During a Tuesday Delfi conferences V. Pranckietis stated that he has known the Lithuanian Peasant and Greens Union (LPGU) Chairman Ramūnas Karbauskis since the latter’s university studies and assured that Karbauskis will not frequent his office with instructions. 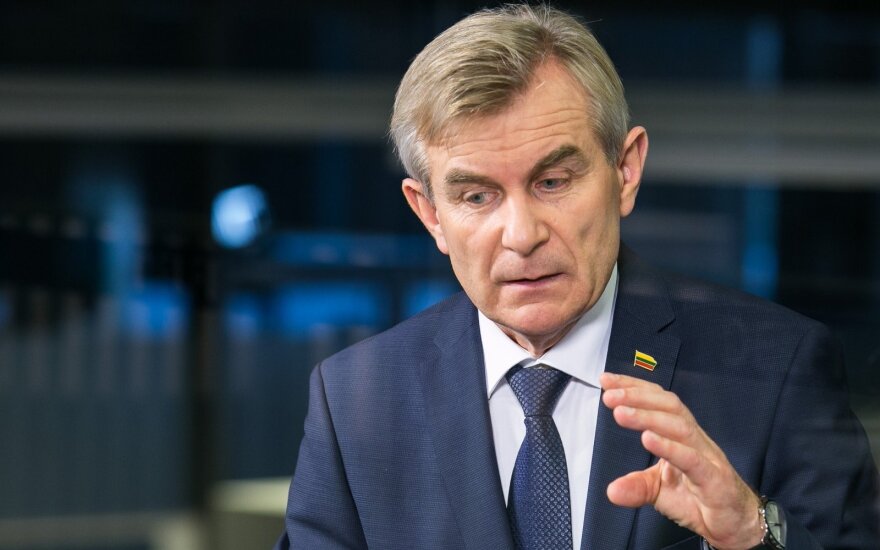 The conference moderator Eglė Samoškaitė reminded V. Pranckietis that he is accused of inexperience in politics, that his appointment is viewed as a loss for the state. V. Pranckietis has even been described as a second or third rate politician.

“You know, people can evaluate however they desire. Most often much is decided by ignorance – we find the unknown intimidating. If a person gets ill, while they do not know what the illness is, they are frightened, but when they find out it was simply a cold, then it becomes a simple problem of three or four days,” spoke the Seimas Speaker.

V. Pranckietis believes that people have to get to know his person better and evaluations can be done based on ongoing or accomplished tasks.

“About declarations that it is a loss for the state. Perhaps some sort of refined entry to such a post would be an even greater loss for the state. I simply arrived to the position with idealism and believe that my participation is either neutral or without any great personal objectives, just seeking harmony,” continued Pranckietis.

According to the politician, epithets will continued to be made. “I can sometimes express myself that way, and I feel bad for those people, who, that they wish to speak so. Good for them,” the Seimas Speaker answered how he reacts to such comments.

E. Samoškaitė asked the Seimas Speaker if he will be independent of the party leader R. Karbauskis. Or perhaps Karbauskis will frequent Pranckietis’ office?

“He will not frequent my office, nor does he, this week he visited only once. That is today because there was a majority meeting, the management of the Social Democrats and Peasant Greens participated. No doubt contact must exist, but on what you are asking about, whether I could be controlled or subordinate, I have said earlier that everything I achieved, I achieved independently, I am sufficiently independent, with a strong spine,” assured the politician.

According to V. Pranckietis both he and the new Prime Minister Saulius Skvernelis were left independent in their work by R. Karbauskis.

“Usuaully when we talk, we discuss and conclude as I need it to. Sometimes it was necessary to go through twice or thrice, but we would come to a decision. By convincing you can talk about all questions, it is not an unsurpassable wall,” V. Pranckietis described relations with R. Karbauskis and the search for compromise.

The secretoriate will also employ former member of Seimas Laima Mogenienė, the post of senior advisor will go to Egidijus Rumbutis, while former advisors to Loreta Graužinienė, Justina Jurevičiūtė and Rūta Šimonytė will once again be advisors. Kęstutis Kudzmanas will temporarily be advisor for foreign affairs.

The Seimas Speaker admitted that currently a press representative has not been found.
Delfi reminds that V. Pranckietis was delegated to the post by the Lithuanian Peasant and Greens Union which won the latest Seimas elections, under the leadership of R. Karbauskis.

V. Pranckietis became a member of the LPGU in 2014, but says he has been informally related to the party since 2000, when he began participating in elections. Entering the LPGU, Pranckietis said he wanted it to become a party of not just one name, that others would follow him. He notes that while the party name may remain rural, it is filled with personalities.

Karbauskis himself remains the fraction prefect. The new Seimas Speaker worked as a member of the Kaunas Region Municipal Council, worked at the Aleksandras Stulginskis University for many years, became a professor in 2016.

The Lithuanian parliament on Tuesday approved Saulius Skvernelis , the candidate proposed by the...