BNS
aA
A Danish Air Force detachment is this week handing over NATO's Baltic air-policing mission to Portugal and Spain after completing its four-month rotation. 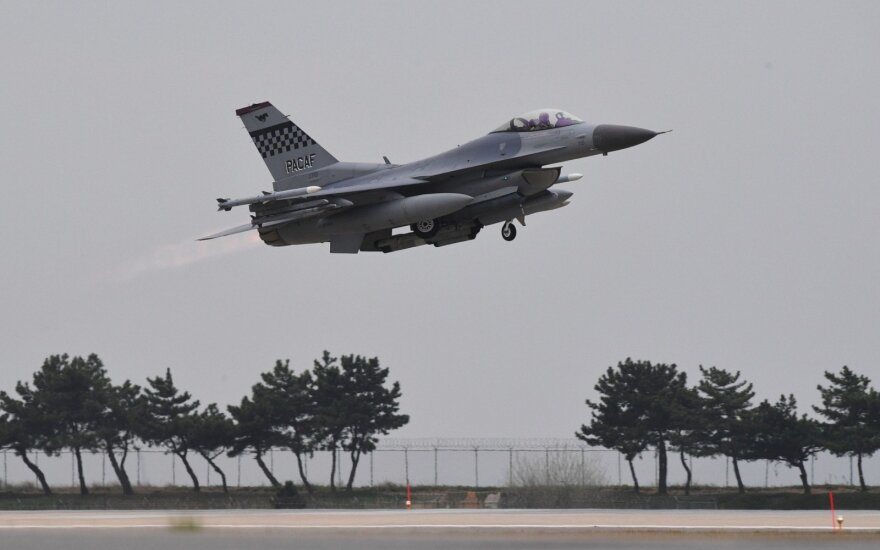 Portugal, which will head the mission, will patrol the Baltic skies with four F-16 fighters-jets, the Lithuanian Defense Ministry said in a press release on Monday.

Spain will augment the mission by deploying six Eurofighter Typhoon aircraft to the Šiauliai airbase in northern Lithuania, and France will send four Mirage 2000-5 fighter jets to the Amari base in Estonia.

"The third unit to join he NATO Air Policing Mission from Spain is NATO allies’ additional proposal regarding the mission and is deploying in the framework of the Enhanced Air Policing (eAP)," the ministry said.

"A strengthened NATO Air Policing Mission in Šiauliai will ensure greater flexibility to NATO allies guarding the Baltic airspace as well as better opportunities for training with the Baltic airspace surveillance and control units, Baltic and allies' land and maritime units, and training delivering air support to the NATO enhanced Forward Presence Battalion Battle Groups in the Baltic states and Poland," it said.

The mission changeover ceremony at the Šiauliai airbase on Wednesday is to be attended by Lithuania's Chief of Defense Lieutenant General Jonas Vytautas Žukas and Commander of Allied Air Command and Commander of United States Air Forces in Europe General Tod Wolters, as well as by representatives of the Latvian and Estonian air forces.

Lithuanian Foreign Minister Linas Linkevičius has called for speeding up the implementation of the...

Ten Lithuanian soldiers were seen off to NATO 's Resolute Support Mission in Afghanistan in a...