(1)
BNS
aA
President Dalia Grybauskaitė says that Pope Francis will pay homage to the region's painful history during his visit to Lithuania this weekend and will send a message that we cannot allow a repetition of crimes committed by the totalitarian regimes. 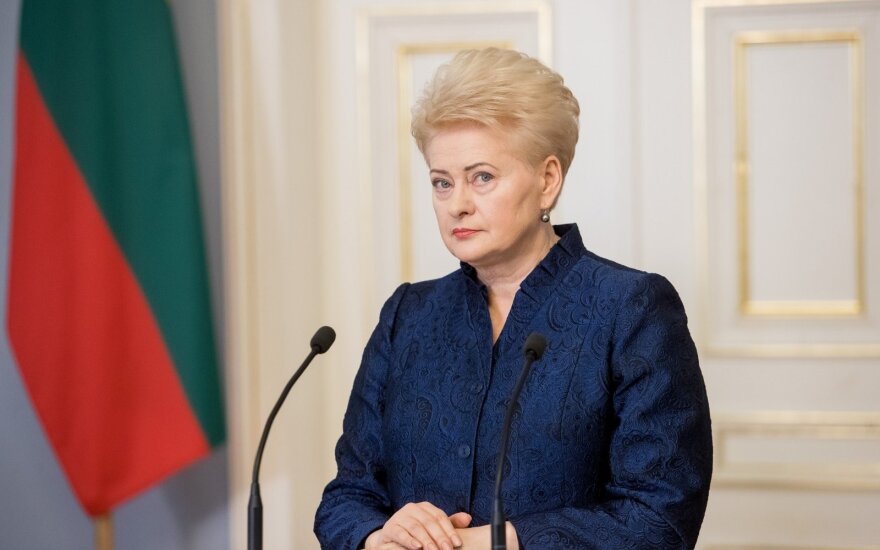 "The pope will send a message to the world that the difficult history has not be forgotten and that it cannot repeat itself," she said in an interview with BNS.

As part of his visit to Lithuania, the head of the Roman Catholic Church is scheduled to visit the Museum of Occupations and Freedom Fights in the former KGB building in the capital and a memorial to the victims of the Vilnius Ghetto.

The pope's tour of the Baltic countries comes as Lithuania, Latvia and Estonia this year celebrate 100 years since declaring independence.

"The pope expresses solidarity with our region, with the peoples of complicated, blood-drenched fates. We have lived through hard times of occupations and wars. The Vatican and the pope remember this and try to reinforce our achievements and our people's hopes together with us," Grybauskaitė said.

The Vatican did not recognize the annexation of the Baltic countries and the Catholic Church was a pillar of dissidents during the Cold War.

It is partly thanks to this position that the Church in Lithuania, unlike in some other countries, is still a moral authority, Grybauskaitė said.

"In Lithuania, we see joint work and mutual respect between the state and the Catholic Church," the president said.

"The Catholic Church is facing various challenges globally, but we in Lithuania are glad that the Church has remained a moral authority. One of the reasons is that it was among those who resisted the occupation and the trampling of humanity," she said.

The Catholic Church has been hit by numerous sexual abuse and cover-up scandals around the globe in recent years.

Pope Francis will visit Lithuania on Saturday and Sunday and will next week travel on to Latvia and Estonia.

Donatas Puslys, publicist and director of the Bernardinai.lt website, says that the Baltic tour reflects the pontiff's tradition of visiting the periphery rather than established centers of power and wealth.

"But that does not mean that peripheries are in a bad situation and need to be saved. If regions on the boundaries of civilization and culture consciously perceive their historical and geopolitical traumas, the periphery can send a much stronger message than the center about how to fight totalitarian ideologies and seek reconciliation," he said.

With cooler temperatures and showers in the forecast for the coming weekend, the archbishop of Vilnius...

In preparation for Pope Francis ’ visit to Lithuania on 22-23 September, Vilnius is inviting...

Pope Francis ' visit to Lithuania in late September will place the country in the world's spotlight,...