BNS
aA
Pope Francis is likely to focus not only on religious issues, but also on social exclusion and emigration problems during his planned visit to Lithuania next year, the country's former ambassador to the Holy See said on Wednesday. 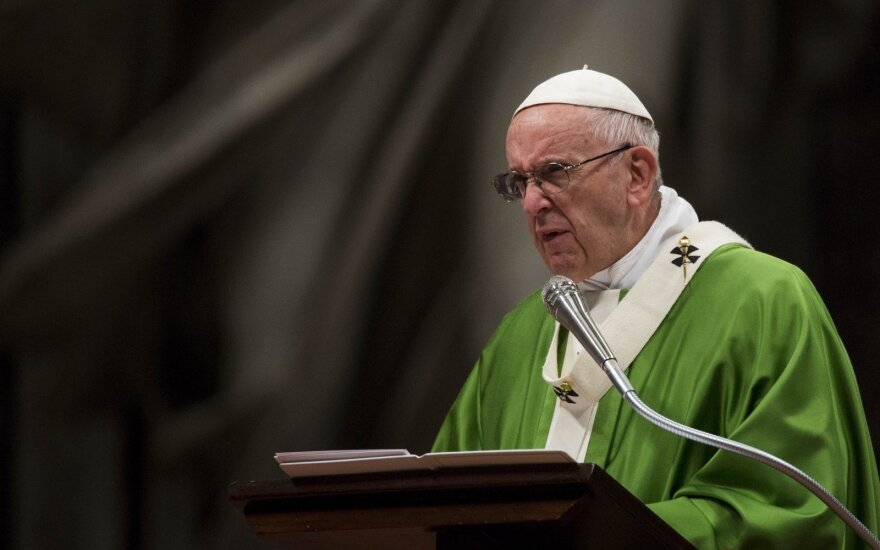 Irena Vaišvilaitė thinks that the pope's visit should not be linked to Lithuania's centenary celebrations in 2018.

"It is definitely not a commemorative visit or marking of some anniversaries. No doubt, it is a pastoral visit. The pope never goes to some group of the faithful; he goes to society of the country he is visiting," Vaišvilaitė, who is currently Lithuania's ambassador to UNESCO, told BNS.

"I believe the visit will touch upon important and, I'd say, painful issues: we have to think about emigration, the enormous social exclusion and external threats as experienced by society," she added.

The diplomat underlined that the issues of social justice and mercy are also on the agenda of each papal visit.

"This is joyful news. It would be the second papal visit to Lithuania and the region and it would come after a long break," she said.

Vaišvilaitė said that Francis' planned visit should not be compared with John Paul II's unusually long visit to Lithuania 25 years ago, which she described as "a unique event that will never be repeated".

Lithuanian President Dalia Grybauskaitė's office confirmed earlier in the day that the 80-year-old Argentinian pontiff plans to visit Lithuania in the autumn of 2018.

Pope John Paul II paid the first, and so far only, papal visit to Lithuania in 1993.

Some 77 percent of Lithuanians identify themselves as Roman Catholics, according to the last population census in 2011.

Pope Francis plans to visit Lithuania in the autumn of 2018, the president's office confirmed to BNS...

The Aleksandras Stulginskis University has presented three oak trees and a sculpture of Man of...

PM to meet with Pope Francis

Lithuania's Prime Minister Saulius Skvernelis is scheduled to meet with Pope Francis in the...