BNS
aA
Pope Francis is interested in the independence centennial and experience of occupation of the Baltic countries, which he is scheduled to visit in September, Jack Valero, a Vatican expert, said in Vilnius on Monday. 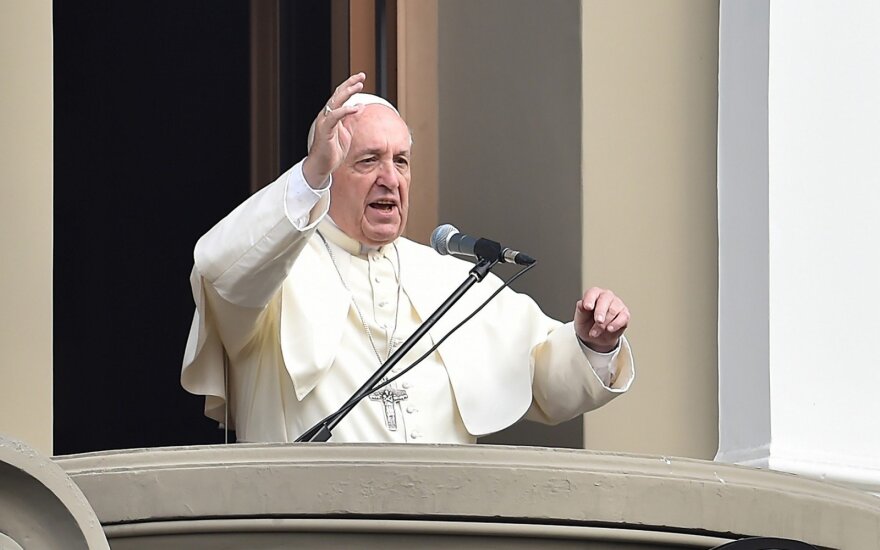 Lithuania this year celebrates 100 years since the restoration of the state and Latvia and Estonia mark their centennial anniversaries of statehood. However, all three countries were occupied by the Soviet Union for around 50 years.

"You have hundred years of independence and you have had many issues with big countries around," Valero, communications director at Opus Dei in Britain and coordinator for Catholic Voices, an international project aimed at improving the Church's representation in the media, told reporters.

"He is keen on people living their life they are. I don't know if he will talk about it in political way, but I think he is keen on that matter of thing, on the matter that you Lithuanians should be allowed to be Lithuanians," he said.

Valero says that although the pope does not avoid political topics, it will be interesting to see how he will speak about occupation during his trip to the Baltic countries on September 22 to 25.

The official program of France's two-day visit to Lithuania includes a prayer at the Museum of Occupations and Freedom Fights in Vilnius, as well as meetings with President Dalia Grybauskaitė, government officials and members of the public and diplomats.

The pontiff is also scheduled to visit the Gate of Dawn chapel, to meet with young people in the capital's Cathedral Square and to visit the Cathedral.

The Holy Father will also go to Kaunas to celebrate Mass in the city's Santaka Park, to have lunch with bishops and to meet with members of the clergy at the Cathedral of Kaunas.

Valero said that the pope's visit to Lithuania, Latvia and Estonia is in line with how he chooses what countries to visit.

"He has purposely gone through his pontificate to the smaller countries. The identity of these countries and their role is important to him," he said.

Ramūnas Karbauskis , leader of the ruling Lithuanian Farmers and Greens Union , has proposed...

The official program of Pope Francis ' upcoming visit to Lithuania has been announced on Thursday.

Pope Francis will pay a state visit to Lithuania on Sept. 22-23, the Vatican said on Friday.

Pope Francis has been presented with a Lithuanian national flag as a symbolic gift marking the...