BNS
aA
Klaipeda court has imposed a fine of 12,000 euros on Viaceslav Titov, a local politician, for the defamation of the memory of Adolfas Ramanauskas-Vanagas, one of the leaders of Lithuania's anti-Soviet partisan resistance. 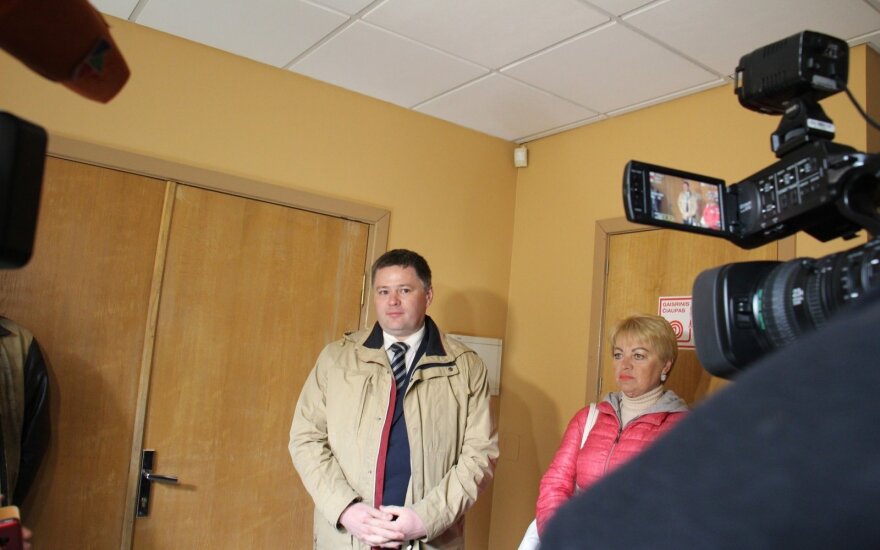 The Klaipeda District Court found Titov guilty of incitement to hatred, denial of Soviet crimes and the defamation of the memory of a deceased person, Olga Sadovskaja, the court's spokeswoman, told BNS.

The court ruled that the defendant had acted deliberately, noting that he had searched for information on Ramanauskas-Vanagas on the Internet.

The defendant was acquitted on a count of calling his critics fascists, she said.

The investigation was launched last July after the Klaipeda politician said in a public discussion that 8,000 people, including children, were killed at Ramanauskas-Vanagas' initiative during the anti-Soviet guerilla war and that the partisan commander personally pronounced the death sentences.

Titov does not admit to any of the charges, saying he is being persecuted for his opinion.

The politician claims he based his statements about Ramanauskas-Vanagas on a Soviet court ruling. Historians say, however, any research of the anti-Soviet resistance in Lithuania cannot be based on Soviet information only as KGB files are full of false information aimed at smearing partisans.

Lithuania's Supreme Administrative Court has ruled that Titov breached his oath by making such statements.

The politician did not wait for an impeachment vote and resigned as a member of the City Council of Klaipeda, but was reelected in municipal elections in March.

After Lithuania regained independence, the partisan leader was rehabilitated by a court and was posthumously awarded the state's top decorations.

After monument unveiled in Chicago: representative of Russian Embassy summoned by Ministry of Foreign Affairs 352

On 7 May, a representative of the Russian Embassy was summoned to Lithuania's Ministry of Foreign...

Klaipeda businessman named among donors of army cathedral in Russia

Vladimir Stefanov , a businessman from Lithuania's Klaipeda , is a financial donor of a Russian...

The Regional Court of Lithuania's western city of Klaipeda on Thursday heard an appeal by Viaceslav...