BNS
aA
The area of environmental protection has been gaining more and more importance in the European Union in recent years but the influence of Lithuania's Economy Minister Virginijus Sinkevicius, proposed on Tuesday for the position of European commissioner in charge of environment and oceans, will be limited, political scientists say. 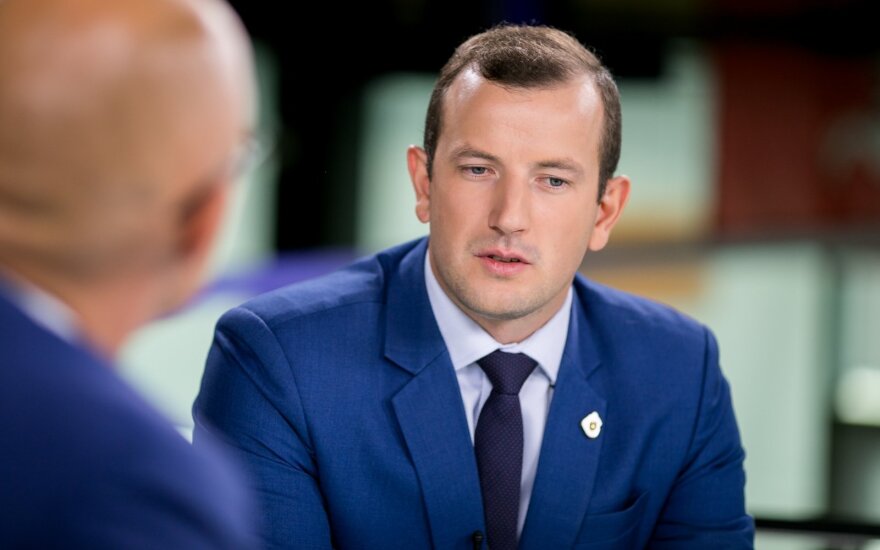 They pay attention to the fact that Dutch politician Frans Timmermans has been put in charge of the climate change agenda and he will have the final say on how much responsibility will be dedicated to Sinkevicius.

"It will be more of a technocratic rather then political position," political scientist Tomas Janeliunas told BNS Lithuania.

In his words, Timmermans' leadership might be beneficial, taking into account Sinkevicius' short experience. But it also means the Lithuanian commissioner's position will have less political weight and will be more to do with the implementation and monitoring of specific commitments of the EU.

Political scientist Ramunas Vilpisauskas says the most sought-after positions usually include those related to competition, external trade, monetary policy and internal market as the EU has most competence here.

In his words, the EU has limited power in the area of environmental protection but the growing importance of climate change is making this area more and more important politically.

"It's an important responsibility politically but that importance will probably be allocated to the European Commission Vice President Timmermans, and Lithuania's delegated commissioner will be in charge of only part of that area. And we can only guest which part it will be," Vilpisauskas told BNS Lithuania.

Linas Kojala, director of the Eastern Europe Studies Center, paid attention to the fact that Sinkevicius' "portfolio falls under one of the key priorities, which is green economy", and Britain's withdrawal from the EU is making the fisheries issue even more important.

"In the outgoing Commission, the commissioner in charge of this area had quite a lot of weight in dealing with issues related to the fisheries policy, which is important in the Brexit context, as well as with to biological diversity. We could probably expect a similar thematic spectrum now as well, but a lot of things will depend on the relation with executive Vice President Timmermans," he told BNS Lithuania.

Lithuania's leader on Tuesday congratulated Sinkevicius on his nomination.

"Lithuania's delegated candidate for a European commissioner has been offered one of the priority areas in the new European Commission. This way a lot of trust has been put into the young politician and he should not disappoint," President Gitanas Nauseda said.

"I am glad a really important and significant portfolio has been offered to Virginijus Sinkevicius. As you know, climate change and digitalization will be one of the priorities of the European Commission for the upcoming five years. The portfolio of the environment commissioner is, obviously, becoming one of the most important in the existing establishment of priorities," Lithuanian Prime Minister Saulius Skvernelis said.