Vytenis Radžiūnas, LRT.lt
aA
The conservative leader is too young and inexperienced to be aiming for the prime ministerial post, meanwhile the political career of the former liberal leader, who is currently fighting corruption charges, is as good as over, says Jūratė Novagrockienė, political science professor at the General Jonas Žemaitis Military Academy. 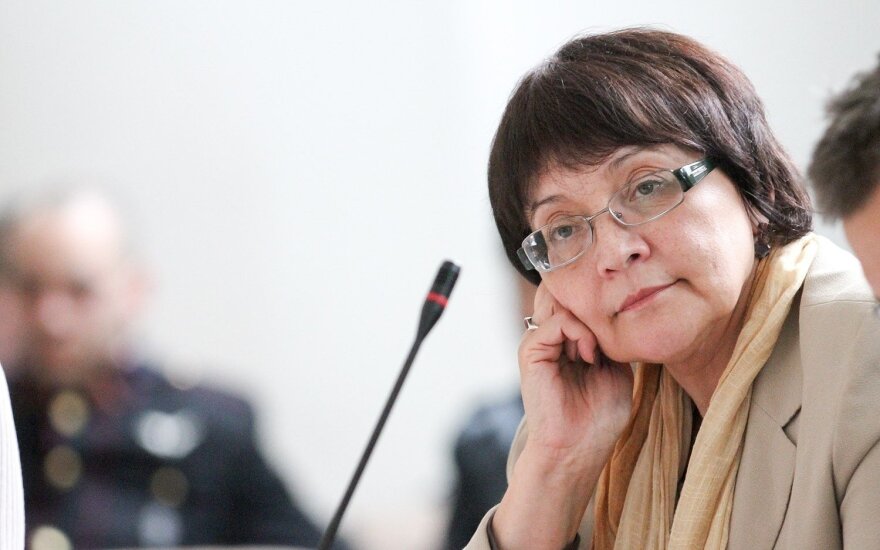 Interview by Vytenis Radžiūnas for LRT.lt

In a recent interview, Albinas Januška, a signatory to Lithuania's Independence Act, said that the new chairman of the Homeland Union-Lithuanian Christian Democrats (TS-LKD), Gabrielius Landsbergis, stood a good chance of becoming the next prime minister. If the party can put together a coalition, and depending on the dealings behind the scenes, could Landsbergis indeed be Lithuania's prime minister?

First, he must gain more experience, because his launch into politics has been very quick. Even if he was a member of the European Parliament, that does not mean he has any experience in national politics. Since he is a relative political newbie, it is too early for him to be prime minister. Whatever the make-up of the future coalition, I think they would need to look for someone with more gravity for the post.

You rightfully noted that one must take into consideration the balance of power among groups within parties, the demands of potential coalition partners. In the end, due tribute must be paid to the elder members of the party. Mistakes were made from the beginning within the conservative party (Homeland Union). Internal resentments can later undermine the coalition, that is, threaten its stability, since a coalition government is in itself a rather unstable formation, vulnerable to clashes between different interests and personalities of political parties. I think these factors play against Landsbergis' candidacy for prime minister. 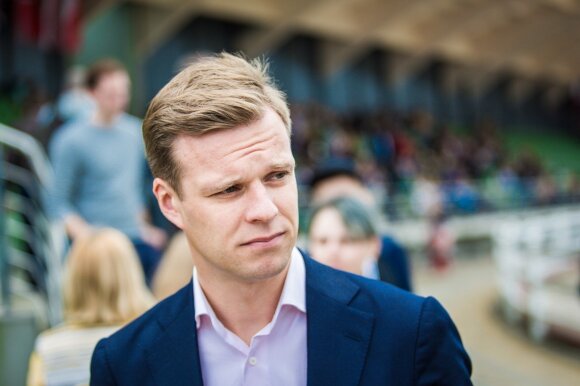 The chairman of the Lihuanian Peasant and Greens Union (LVŽS), Ramūnas Karbauskis, has said he would not even consider a proposal to go into coalition with the Labour Party or Order and Justice, he would not want to work with them. How seriously should we take such statements?

I think we should take them seriously, since this party has the biggest potential when it comes to forming the coalition after the elections. They are well aware of the advantage they have, so they can be bold in saying with whom they would not work. They will probably be a very attractive coalition partner and will be able to set their terms. So I think they can very well live up to these promises.

On the other hand, there is still much uncertainty about who will form the coalition. Election results could turn out very unexpected and quite out of tune with polling. Many people say now they don't know how they'll vote. The Liberal Movement, the Homeland Union and the Peasant-Greens could get a much bigger share of the vote [than opinion polls suggest], but even the social democrats might fare quite well in single-member constituencies. I would not go so far as to claim that the future coalition will consist of the Peasant-Greens, the conservatives and the liberals. There are more options.

There could even be a rainbow coalition (of the conservatives and the social democrats) that everyone is talking about after each election. The social democrats could join ranks with the Peasant-Greens and the liberals - that is also a possibility. Such a make-up could push out the conservatives, since it is hard to predict how well they'll do in single-member constituencies. This party has undergone many changes, it is still unclear if their so-called youngsters will fit in, even though the voter may be tired of old faces and appreciate newcomers.

What about the Liberal Movement - will this party return to the top 5? The latest polls suggest that their popularity has recovered somewhat and the liberals will clear the 5% mark.

I think they will definitely get past the 5% threshold. After the recent scandal [in which the liberal leader Eligijus Masiulis resigned following bribe-taking charges], some of their voters turned to other parties - the conservatives, the Peasant-Greens - but the more loyal part of the electorate will give them a second chance and they should get more votes than the polling suggests.

I do not know how well they will do in single-member constituencies, but they do have interesting and appealing personalities who have decent chances of winning in those. [New leader] Remigijus Šimašius should not leave the post of Vilnius mayor, even though he could also help the party in a single-member constituency. But he is a directly elected mayor, so if he decided to leave the post and run for parliament, Vilnius voters would be disappointed. I think the liberals will recover in the run-up to the elections.

Will Eligijus Masiulis be rehabilitated, or is this the end of his political career?

I don't think it is worthwhile for him to return to politics, because this stain on his reputation will haunt him forever. He would be dragging the party down, not up. I don't see any chances for him to make a comeback. 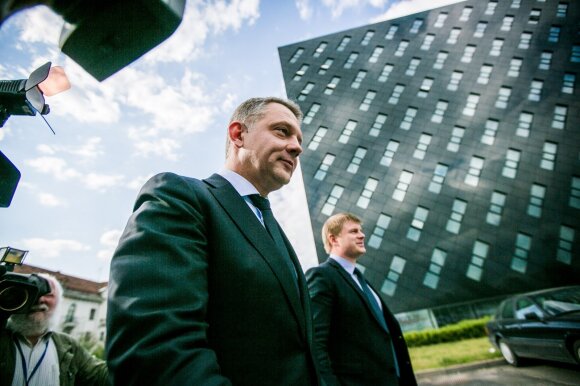 But his chances were pretty good before the scandal - many spoke of him as the future prime minister or even president.

Indeed, he appealed to many. He was the right age, too, since younger voters favour young faces in politics. People get tired of the same faces.

Which other parties will clear the 5% threshold? Will the Labour Party and Order and Justice make it to the next parliament?

I think both will get past the 5% mark, the Labour Party may get even more votes, despite the recent rearrangements in the party leadership and the fact that its current chairman Valentinas Mazuronis will not give up a cushy seat in the European Parliament. Meanwhile Order and Justice is clearly a party in decline. They can still clear the 5% mark in these elections, but their future is that they will either merge with other parties or will disappear from the political landscape.

The Electoral Action of Poles in Lithuania should also get 5% of the vote and secure one seat more than they have now. In general, if one strong party is in decline, others have the opportunity to improve their fortunes. Even though polls predict a smaller share of the vote for this party, they have a specific and localized electorate. They are able to mobilize and collect their votes.

What can we expect from the current governing coalition and the opposition before the elections in October? Is there anything to expect?

I think the new Labour Code will not pass, since it has caused too much controversy and too much doubt. The social democrats should realize themselves that this is a liability in the eyes of their voters and could depress their results. The public perception of the new Labour Code is more negative than positive. The society is not sold on the new Social Model either - so it could prove a handicap, too.

Meanwhile the opposition is merely engaging in the election campaign [without any surprises], unless the Special Investigation Service pulls out some more revelations from its sleeve.

How would you evaluate the opposition's performance over the last four years? They even put together a shadow cabinet. Have you seen anything in the way of its accomplishments?

The opposition could have been more active, but let's bear in mind that it is quite divided. Moreover, there have been many internal changes within parties, the politicians were probably preoccupied more with party politics and less with national issues.

One should also note that the opposition does not have as many MPs or opportunities to influence policies, except by criticizing the government. Meanwhile in countries like Britain, the opposition has a traditionally stronger status. When you look at voting results, you see that opposition MPs sometimes voted for government proposals. There is little party discipline in our parliament. This dilutes the possibilities to concentrate efforts and achieve something.

Andrius Kubilius, the conservative leader of the opposition, has met with Prime Minister Algirdas Butkevičius to discuss the new Labour Code after the president had vetoed it.

Yes, some conservative MPs voted in support of parts of the Code. This means that party groups in the parliament are not disciplined. It becomes an accepted practice that they vote very differently, sometimes without any agreement, even though the conservatives used to be the most disciplined party in our parliament.

On the other hand, it might be a good thing (that the opposition leader and the PM meet). It is a consequential piece of legislation with important consequences in the long run. Naturally, the governing majority and the opposition should coordinate their actions on it.