BNS
aA
Lithuanian Prime Minister Algirdas Butkevičius is visiting Belarus this week. While the visit is not exceptional in any way, Lithuania should stay alert and not consider Minsk a well-wishing neighbour, warns political scientist Vytis Jurkonis. 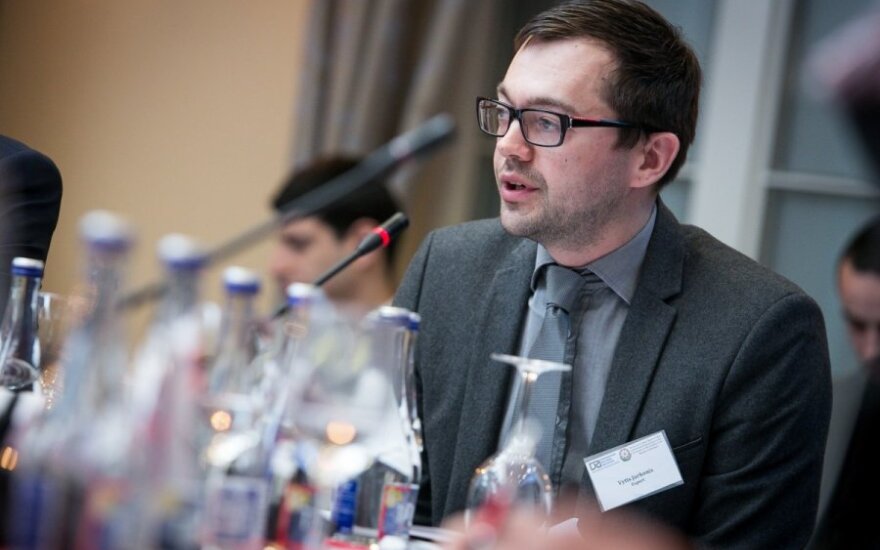 In Jurkonis' words, Butkevičius is going to Mogilev after being invited by the business community, which is not surprising in the light of Lithuanian business interest and investments, for instance, Arvi projects in Lida and Mogilev.

"There will probably again be critical remarks about Lithuania's pragmatic policies, however, Butkevičius' visit does not seem exceptional in any way following visits by high-ranking US officials and [former EU foreign policy chief] Catherine Aston's trip to Minsk," Jurkonis, a lecturer at Vilnius University's International Relations and Political Science Institute, told BNS.

"Of course, it would be interesting to see whether the prime minister and other Lithuanian politicians would go to Belarus if they were invited by human rights organizations or families of political prisoners. What sort of openness would representatives of the Belarusian government demonstrate then?" he said.

In Jurkonis' words, Lithuania should stay alert and do not close its eyes to Belarusian military cooperation with Russia amid Belarus' attempts to take advantage of the Western-Russian trade restrictions.

"We should not be mistaken into viewing the official Minsk as an open and well-wishing neighbor – the relations are highly selective, with economic cooperation sometimes seasoned with the leitmotif of the Grand Duchy of Lithuania. And the sanctions for Russia have provided additional niches for business, which is fast in using them," said the political scientist.

"Nevertheless, we should not lose alertness and close our eyes at developments in Belarus – it is also due to the recent reports of the future Russian airplanes in Bobruisk. This is yet another example of who the true ally of [Belarusian President Alexander] Lukashenko is," Jurkonis told BNS.

At a Belarus-Lithuania business forum in Mogilev on Tuesday, Butkevičius will present indicators of mutual trade and discuss prospects for future economic cooperation, his spokeswoman Evelina Butkutė-Lazdauskienė said.

The Lithuania- Belarus economic forum will be held in Mogilev on 4-5 November, the Belarusian news...