The Lithuania Tribune, BNS,
BNS
aA
In her annual address on Thursday, Lithuanian President Dalia Grybauskaitė did not put the blame for the country's problems solely on the government and managed to maintain balance and not show her support for any political group in the run-up to the general elections, a political analyst said. 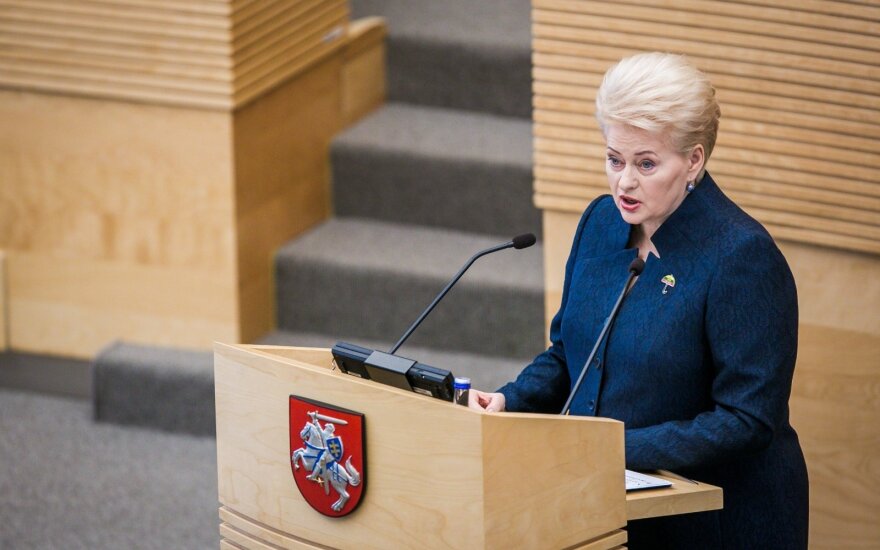 "When speaking about the state's problems, (the president) did not put the whole responsibility on the current government, but only spoke about what needs to be done and why," Kęstutis Girnius of the International Relations and Political Science Institute at Vilnius University told BNS after Grybauskaitė delivered her State of the Nation Address to the parliament.

"In an election year, it would be a great temptation to support some and criticize others. I think it is good that she did not do so," he said.

According to him, the president placed equal focus on social and military security and drew attention to a number of important problems that are not often discussed in Lithuania.

Speaking about the shortcomings of the address, the analyst said that the president failed to indicate sources of financing for the proposed changes in the social sphere.

However, Vytautas Landsbergis, a conservative politician and the first leader of an independent Lithuania, said that the government should resign after the president's remarks on the state losing its strategic direction, the slow-down of development and its continuing social security problems.

"A good speech. It only requires some consequences. For instance, the government should resign, if this is true. I think it's true. It's poor performance, waste of time and destruction of the state," Landsbergis told journalists.

Former president Valdas Adamkus also expressed support to the accents made in the speech. In his words, Grybauskaite provided an overview of the good and the bad sides of the country's life. "Stating the fact about the situation is a welcome thing," he added.

Lithuania's state-owned companies operate inefficiently, pay no dividends to the state, their funds...