BNS
aA
The Social Democratic Labor Party of Lithuania and the Order and Justice party are halting their coalition agreement with the Lithuanian Farmers and Greens Union. 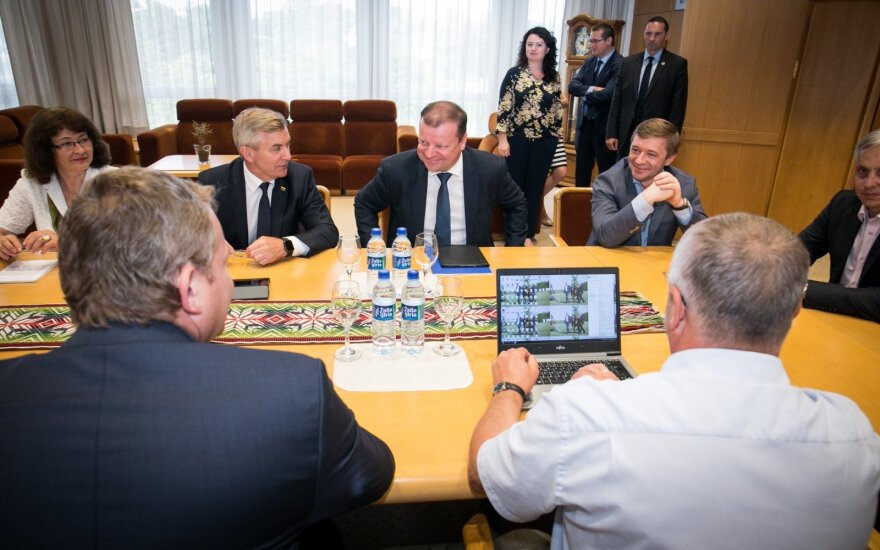 "There's no ruling coalition now. We have to start negotiations. We will start everything from scratch. We want to sign a party agreement," SDLP leader Gediminas Kirkilas told BNS Lithuania.

"We are temporarily halting the coalition agreement as a negotiating group will gather to agree on a coalition," Remigijus Zemaitaitis, leader of the Order and Justice party, told BNS Lithuania on Wednesday.

"Today, we are sending clear signals to the major political group that if they want to reach agreement as soon as possible and make the decision, we need to start negotiations among party leaders and elders of the political groups," Zemaitaitis said.

According to the representatives the SDLP and the Order and Justice party, the agreement on joint work, signed by the three political groups on September 11, seizes to be in force.

"It in fact means that the political groups' agreement that's been in place so far and ensured a majority in the Seimas is no longer in place," Juozas Bernatonis, chairman of the parliamentary Committee on Foreign Affairs, representing the SDLP, told BNS Lithuania.

The coalition partners say the decision to halt the agreement will not have major impact on the parliament's work as no sensitive or major bills are expected until the end of the parliament's spring session.

The SDLP and the Order and Justice party are also critical of the LFGU decision not to include the party's leader either Ramunas Karbauskis or Prime Minister Saulius Skvernelis into the coalition negotiating group.

According to Zemaitaitis, the negotiations will involve the party leaders and elders of the political groups of four parties, including the LFGU, the Order and Justice party, the SDLP and the Electoral Action of Poles in Lithuania – Christian Families Alliance.

"I imagine that only with such involvement we can hold talks and speak about further work," he said.

The LFGU and the SDLP now have a coalition agreement in place and they also have a cooperation agreement with the Order and Justice party's political group in the Seimas. They all have 69 seats in the Lithuanian Parliament of 141.

Electoral Action of Poles in Lithuania – Christian Families Alliance's political group. After adding their votes, the total number will rise to 77.

Lithuanian Prime Minister Saulius Skvernelis has survived a vote of no-confidence by the ruling...