BNS
aA
Poland is relocating its embassy to the Pac Palace, a historic building in Vilnius' Old Time that the neighboring country purchased 11 years ago. 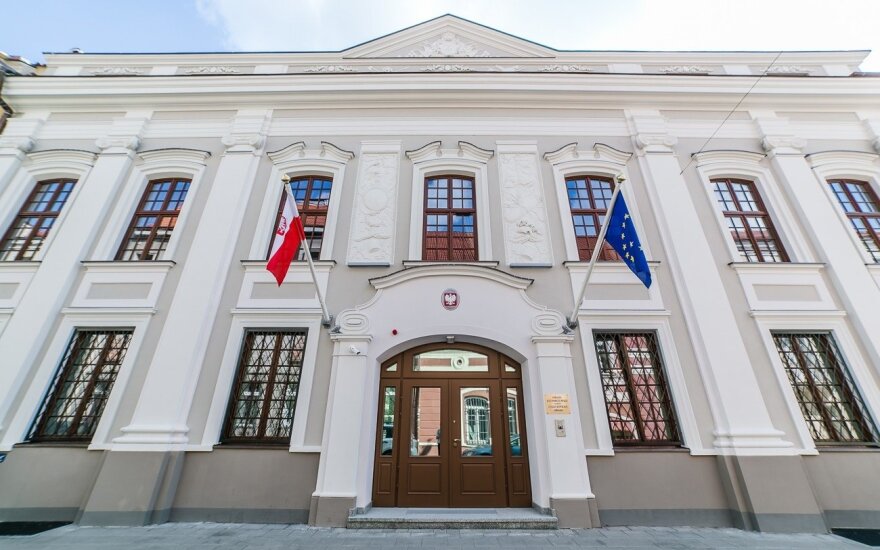 The official opening of the renovated premises will take place during Polish Foreign Minister Jacek Czaputowicz's visit to the Lithuanian capital on Thursday.

Poland's consulate and the Polish Institute in Vilnius are also moving into the building.

"We are happy that the beautiful city of Vilnius has received new historic, reconstructed buildings that will be a delightful sight for passers-by and tourists," Urszula Doroszewska, the Polish ambassador to Lithuania, said at a news conference in the palace's former ballroom on Wednesday.

The history of the former palace of the Pac family, one of the most influential noble families in the Grand Duchy of Lithuania, dates back to 1628 when several small houses on the land plot were sold to Vice-Grand Chancellor of Lithuania Steponas Kristupas Pacas (Stefan Krzysztof Pac).

The houses were later combined into one large building, which has since repeatedly changed owners and has been repeatedly rebuilt and renovated.

Poland invested 18 million euros in the renovation, which took almost two years and a half to complete, contractors said.

Doroszewska said that the embassy will seek that the renovated palace can be visited by as many people as possible.

Polish Foreign Minister Jacek Czaputowicz is expected to arrive in Lithuania on Thursday.

Poland's Orlen says will invest in its Lithuanian crude refinery

Orlen 's chief executive said on Wednesday that the Polish oil group intends to invest in its...

Lithuanian Prime Minister Saulius Skvernelis was on Wednesday named Man of the Year 2017 in the...

Lithuanian and Polish education ministers have agreed that experts from both countries will draw up by...