BNS
aA
Almost 1,000 Polish citizens cast their votes in the Polish parliament election in Lithuania on Sunday and the majority of them voted for opposition representatives, the Polish Embassy told BNS Lithuania on Monday. 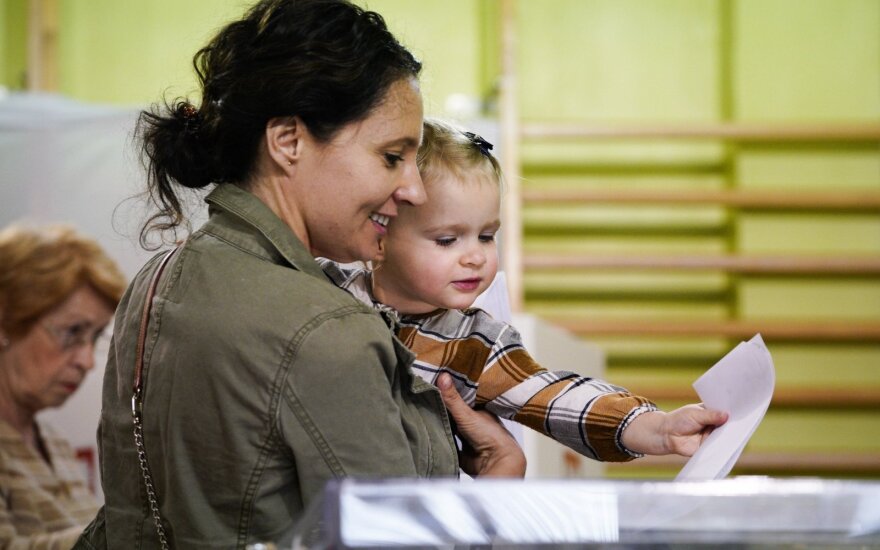 Upon arrival to the diplomatic representation, voters received two voting ballots and voted for a list of party candidates to the lower parliament chamber, the Sejm, and also for a candidate to the upper chamber, the Senate, in the single-member constituency.

38.41 percent of Polish citizens who voted in Lithuania backed the opposition Civic Coalition (KO), which came in second in the parliament election. And 28.78 percent voted for the ruling Law and Justice party (PiS).

The Union of the Left came in third both in Lithuania and Poland as 19.02 percent of Polish citizens voted for the party in Vilnius.

The remaining parties received less than 10 percent of votes.

In the election of Senate members, KO candidate Kazimierz Michal Ujazdowski received 56.11 percent of votes, followed by Marek Rudnicki, a PiS candidate, with 30.71 percent, and Cezary Pawel Kasprzak of the Citizens of Poland election committee, with 13.18 percent.

All in all, 841 Polish citizens voted in the Polish Sejm election in Lithuania, and 827 voted in the Senate election, with the Polish Embassy saying the voter turnover was a record high.

In power since 2015, the Law and Justice party won the cote and secured an absolute majority.