BNS
Lithuania and Poland are ready to respond to hybrid war threats, the Polish chief of defence said in Vilnius on Thursday, indirectly mentioning Russia's annexation of the Ukrainian region of Crimea. 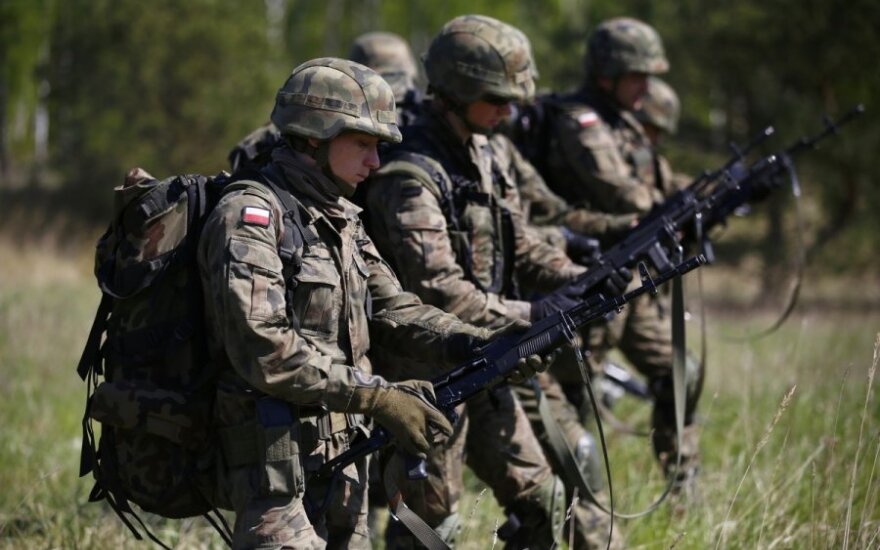 "Troops must be ready for bad weather. And that bad weather, first of all, means little green men. Following today's meeting and based on the information from the Joint Staff of the Lithuanian Armed Forces, I have no doubt that both the Lithuanian and Polish armed forces are ready for that," General Mieczysław Gocuł told journalists in Vilnius.

In his words, the hybrid threats are relevant to both the armed forces and the entire national system, which is way it is very important to ensure a good connection between the army and the interior system.

Lithuania's Chief of Defence Major General Jonas Vytautas Žukas said he saw no indications that there might be disturbances in the Baltic state any time soon, emphasizing that preparations for such threats were underway. The general first of all referred to the national response forces of 2,500 soldiers established last year.

The two defence chiefs discussed joint exercises and the plans to establish a joint military brigade with Ukraine, which should be fully operational in the second half of 2015.

In Žukas' words, the meeting also addressed the possibility for Lithuania to purchase drones and other weaponry systems from Poland. However, the general refrained from further comment until decisions are made.

Chief of the General Staff of the Polish Armed Forces General Mieczyslaw Gocul arrived in Lithuania on...