Polish Ambassador advises Polish party in Lithuania against celebrating May 9

(1)
BNS
aA
Celebrating the end of World War II on May 9 is not a good thing to do, as the day in 1945 did not bring freedom to Lithuania or Poland, says Poland's new Ambassador to Lithuania Urszula Doroszewska. 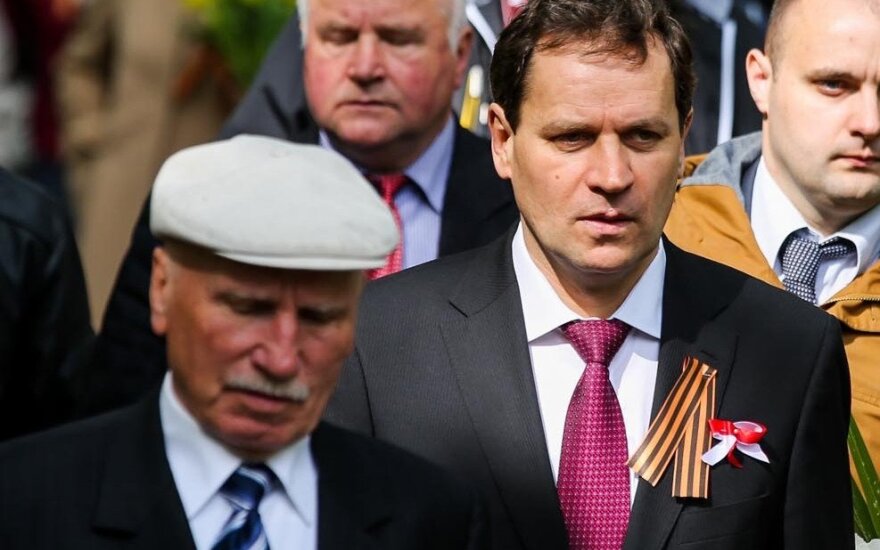 Waldemar Tomaczewksi with the ribbon of St. George on May 9
© DELFI / Tomas Vinickas

The diplomat's statement can be viewed as a message to leaders of the Electoral Action of Poles in Lithuania who have repeatedly attended May 9 festivities in Vilnius.

"Celebrating the end of World War II on May 9 is not correct, as we all know that the day was not victorious for Poland or Lithuania. It is not a good occasion to merrily celebrate the end of the war," Doroszewska told a Vilnius news conference on Thursday.

The ambassador stated her position at a last month's meeting with members of the Polish community in Lithuania, including the party's leader Waldemar Tomaszewski and his opponents, participants of the meeting said.

At one of the celebrations, Tomaszewski turned up wearing the so-called St. George' Ribbon, the use of which is criticized, as the symbol is actively worn by Russian-supported separatists in Eastern Ukraine.

On May 9, Russia and Russian communities abroad hold annual festivities to celebrate victory against the Nazi Germany. Meanwhile, Western Europe, including Lithuania, mark the end of the war a day earlier, on May 8.

The Electoral Action of Poles in Lithuania usually runs for elections together with members of the Russian Alliance.

The World War II left Lithuania occupied by the Soviet Union, while Poland was forced to obey the Soviet regime.

The narrative about the Great Patriotic war (1941-1945) is still important for Russia's inhabitants....

Lithuania and Poland must move from official events to concrete cooperation in their relations,...

We Thought We'd Be Back Soon. I Left With Only My Suit